VIDEOS: Am I a second class citizen, wonders mother of 15 year-old daughter who 'was murdered' in school 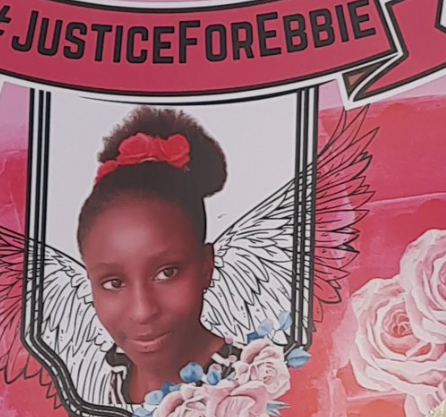 Martha Wanjiro Wainaina-Samuels continues to wait, 3 years down the line, for #JusticeForEbbie. Ebbie is her daughter and was 15 years at the time of her death.

Speaking in Nairobi during a demo to demand for justice, Ms Martha Wanjiru, the mother of Ebby, who would have sat her Kenya Certificate of Secondary Education (KCSE) this year, said had her daughter been from a prominent family, investigations would have been done with great speed.

Martha Wanjiro Wainaina-Samuels continues to wait, 3 years down the line, for #JusticeForEbbie. Eddie is her daughter and was 15 years at the time of her death. The killer walks free. pic.twitter.com/Fi1K9fpr5Q

Ebbie retired to bed that night with severe pain. That was the last time her classmates saw her alive and efforts to wake her up the following morning were futile.

The school had informed detectives that the “Form One student had fallen from her bed the night before her classmates noticed her motionless body”.

Martha has spent the last 3 years in Murangá county and Nairobi headquarters without much luck. She has even visited the office of the director of public prosecution without much help with the investigations.

He said evidence shows that Ebbie was assaulted by a senior staff member, who accused her of styling her hair, which was against school rules.

He said she was assaulted during evening classes or preps, minutes before the 9pm bell rang.

He revealed that detectives had a hard time recording statements from students because of a hostile environment.

“(Detectives) found the school environment intimidating for the witnesses and opted to take their statements once the schools were closed, during the ongoing holiday,” the statement read.

The DCI is also investigating the school’s alleged efforts to defeat justice by providing information that contradicted recorded statements. The statements were recorded by students at their homes in different parts of the country.

Despite three autopsies carried out by three pathologists – one each for the government, the school and the family – showing that Ebbie, 15, died from a head injury inflicted by a blunt object, the family does not know what exactly happened before she died.

Ms Wanjiru told the media last week that she had received a call from the principal of the school in Murang’a County informing her that her daughter was unwell and that she should rush to Naidu Hospital in Thika.

“On arriving at the hospital at about 9.35am, I found my daughter’s lifeless, ice-cold body with a swollen tummy. She also had foam in her nostrils,” she said.

“On inquiring about what had happened, the principal told me that my daughter had gone to sleep the previous night but failed to wake up in the morning.”

Ms Wanjiru said that she had initially been told that her daughter had complained of chest pains to the school’s deputy principal, who ignored her.

She had also been told that her daughter had participated in a cross-country race the previous day and finished among the top 10.
The hospital noted that it had received a dead body.