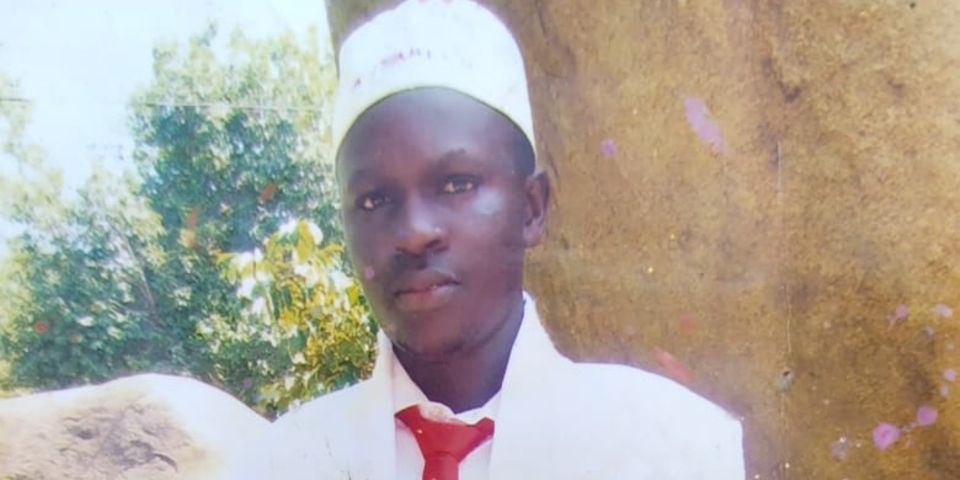 What started as a fight against illicit brews in Muhaya village, Hamisi, Vihiga County last Friday ended tragically on Monday when a police officer fatally shot a suspect outside the Hamisi Law Courts.

As a new angle has emerged about the killing of Edwin Ndege, 26. The family now alleges their kin was involved in a love triangle with the killer officer.

Ndege’s father Rev Alphonse Adebe claims his son was fighting over a woman with a police officer. The new version contradicts police reports which stated that Ndege had been arrested for assaulting a police officer and incitement.

Last Friday, police officers from Serem were carrying out a crackdown on illicit brews in Muhaya village.

“My son went to witness the crackdown. A police officer with whom they had been fighting over a woman was at the scene,” Mr Adebe claimed on Thursday.

He added: “My son had seduced the woman and the police officer was not happy. The officer beat up my son until he passed out,”

The family says they rushed their injured kin to hospital where he was treated and discharged.

The father claims the police officer inquired about his condition from a friend.

Rev Adebe claimed when the police learnt Edwin had been discharged, they asked him to go to the police station to pick his motorcycle that had impounded, only to be locked up and booked for court on Monday.

“We were not allowed to see my son and only asked to meet him in court,” said Rev Adebe.

He described his son as a calm young man who had graduated from Kitui Teachers Training College.

“Why did the officer use four bullets on him? How did he manage to run if he had been shot in the leg,” the father wondered.

The deceased’ mother, Ms Pamela Atieno said she received a phone call informing her that her son had been shot.

Senior police officers, including Vihiga County Police Commander Benjamin Ong’ombe, are yet to comment on the matter.

Mr Ong’ombe did not respond to our text messages on the matter.

In their report, however, police said they were investigating the fatal shooting of Ndege by Constable Joseph Otido.

At the time of the shooting, Ndege and ten other suspects were being processed for arraignment at Hamisi Law Court on Monday.

According a report compiled by Serem Police Station, the officer fired four rounds of ammunition at the deceased from an AK47 rifle number 5533966.

The report notes that the late Ndege alias Odhis, who was accused of assaulting a police officer during arrest, had been handcuffed with another suspect.

“While being prepared to be taken into the court holding cage, he slipped his hand through the handcuff and freed himself. As he started running away, an alarm was raised and police pursued him,” the report says.

Constable Otido fired a warning shot but the deceased defied and continued running into Hamisi Forest.

The scene of the shooting incident was visited by Hamisi Sub County Commander, SCCIO Hamisi and Deputy OCS Serem.

His body was moved to Vihiga County Referral Hospital mortuary for post-mortem.