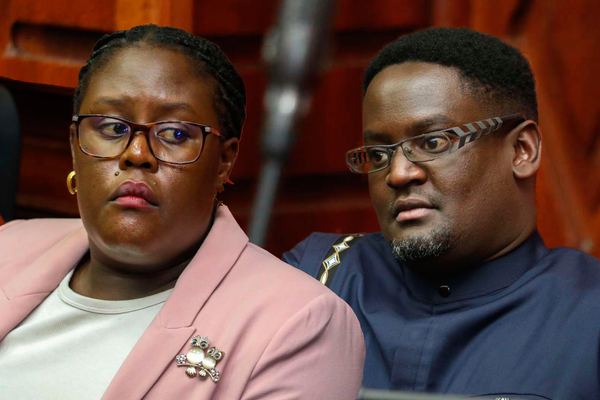 Winnie Odinga, the daughter of Azimio leader Raila Odinga, and Kennedy Kalonzo, the son of Wiper leader Kalonzo Musyoka, have made their first public statements in support of calling for the fifth session of the East African Legislative Assembly (EALA).

The two spoke on Thursday as they urged MPs to support them in the parliamentary elections on November 17, 2022, which will determine which nine individuals will represent Kenya in the regional assembly.

The election is conducted in secrecy.

The two claimed that rather than being members of Kenya’s well-known families, people should judge them as Kenyans and on their capacity to represent their nation in EALA.

As she campaigned with the other nominees whose names were approved on Wednesday and sent to parliament, Ms. Odinga made it clear that her interest in EALA had nothing to do with her father.

Winnie, Ms Odinga’s last born daughter, said: “Everybody is somebody’s son or daughter. One day you will just call me Winnie. What I am urging our leaders in parliament is that please, vote for me. Look at me in the context of my ability to serve.

Mr. Kalonzo, who is running for re-election in the EALA, claimed that his five years of service in the House qualify him for the continental position.

Mr. Kalonzo said: “I believe having now learnt the ropes, I want to focus on private member Bills at the regional House. Kenya has always had the tendency of sending a whole new team which then means they start from a position of disadvantage.”