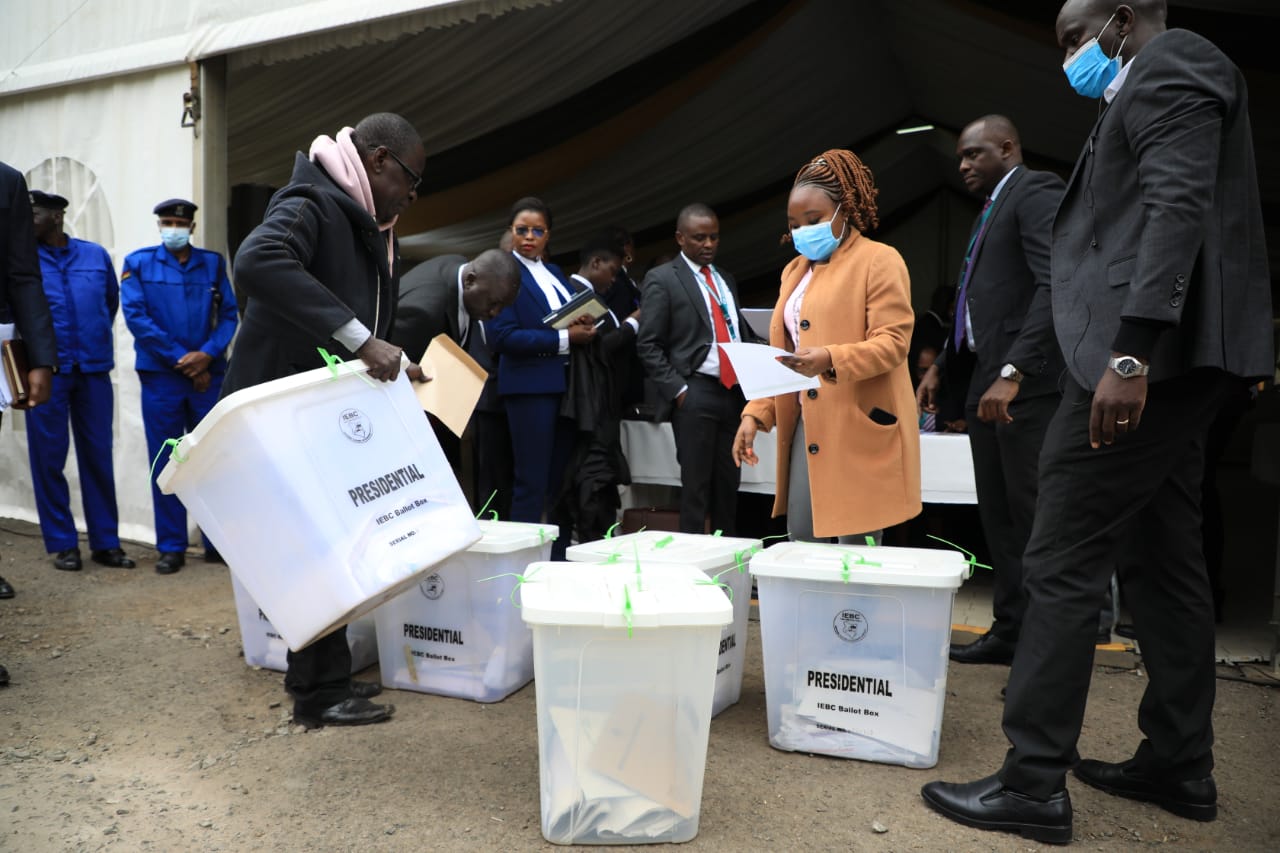 A report is anticipated later on Thursday after the Supreme Court’s mandated review of votes in 15 counties has been completed.

According to officials, 45 ballot boxes from 41 polling places were examined in front of the Independent Electoral and Boundaries Commission’s technical personnel, court clerks, and attorneys representing the presidential petition (IEBC).

“All the agents were present as per Order number 7 and all data was recorded,” an official said, “We will submit a report to the Supreme Court.”

Elizabeth Tanui, the Deputy Registrar of the Supreme Court, stated that they took note of the ballot boxes they had received, their condition, the results, and the serial numbers of the seals on them. This information will be included in their report to the court.

The agents’ remarks throughout the examination procedure were also documented by the court officials.

“We considered all the comments by Presiding Officers and agents and we will submit the report to the SCoK,” an official said.

Earlier, attorneys for Raila Odinga, the primary petitioner and the presidential candidate for Azimio, alleged that the election commission had refused to allow unrestricted access for inspection as directed by the court.

However, IEBC attorney Eric Gumbo rejected the accusations, and one of the court’s seven justices, Justice Isaac Lenaola, assured that the bench was pleased with the progress report it had received on Thursday morning.

READ ALSO  Police officer in a shooting spree kills wife, five others , then himself
Related Topics:NewsPresidential PetitionSupreme CourtVotes Recount
Up Next