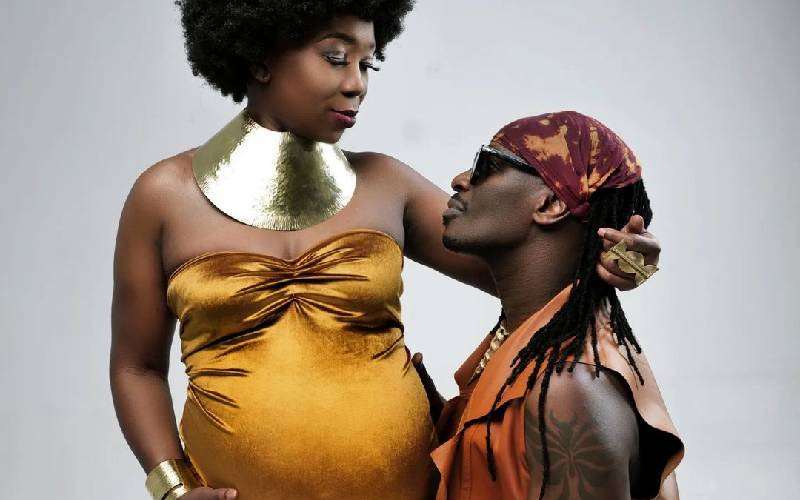 Nameless and Wahu, renown Kenyan couple, have announced the birth of their daughter. Nameless stated on social media that they named the infant after his older sister in accordance with their tradition.

… My first earthly connection with my third born Daughter, Shiru, named after my eldest sister Rosemary according to Kikuyu tradition,” Nameless wrote in part.

Nameless revealed additional information, saying they haven’t yet given the girl an African name but that they will do so shortly and let their fans know.

He continued by expressing his gratitude for their support and best wishes during their pregnancy.

Thank you for your prayers and well wishes ! Shiru is healthy, beautiful and very alert !.” He added.

He revealed that the mother and child are both in excellent condition.

“And wifey, Mama Shiru did a splendid job at bringing her into this world. Mum is fine and excited to start this journey together,” he shared.

Since then, fans and other celebrities have been sending congratulations to the city’s newest parents.

@giladmillo: Congratulations to all of you

@thenaiboi: Brooo Congratulations ??? ❤️❤️❤️. And just so you know i have a son and you have daughters do you think we ….

READ ALSO  Adelle Onyango talks of the many losses in her life
Related Topics:NamelessNewsWahu Kagwi
Up Next