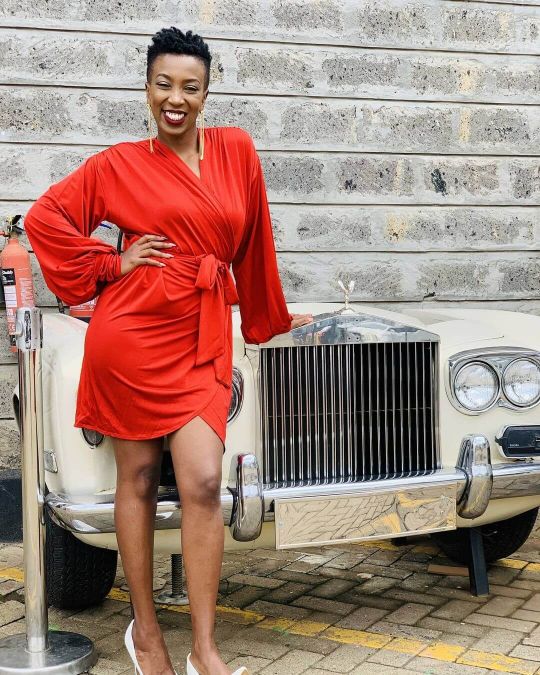 A second kid would not be conceivable for singer Wahu without medical assistance, according to specialists.

She had two girls at the time and was a mother.

The mother of three said via her Facebook page that she had since found peace with it but October of this year, Wahu gave birth to her third kid.

“If anyone told me in January that I’d be ending 2022 as a mother of 3, I would’ve said that’s a cruel joke….They’d told me it was impossible to get pregnant again without medical assistance….I was trying to make peace with being a mother of 2,” she wrote adding that she always wanted to have three children.

“Though 3 had always been my heart’s desire. Now see God….. I have every reason to be grateful. . He makes all things beautiful in His time.”

Wahu said she waited for six years to conceive her third child.

“From when my second born daughter Nyakio was about three years, I wanted another child but God made me wait for six years before He finally remembered me,” she said.

Wahu said after she hit 40 years, her hopes of ever becoming a mum again were over until early this year, when she decided to make peace with it.

“I was not assisted and I did not go for any artificial method, but God answered my prayers. When I got pregnant, I was not looking for a baby since I had reached a place where I was already trying to make peace and accept that I am a mum of two.”