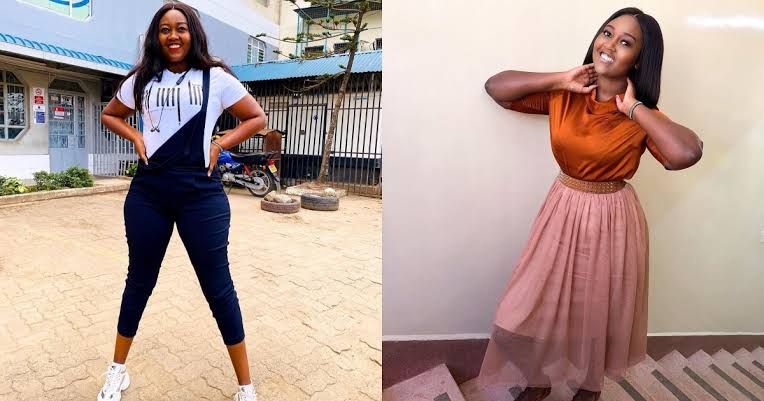 Nana dosclosed that she was touched inappropriately by a relative while she was about 9 years old, an ordeal she said she will never forget.

The mother of two noted that she was victimised by a relative her mother trusted so much.

“There is this Cousin that my Mom really trusted and any time she will send food it will be this Cousin to bring… so my mom trusted this man to hare beds with me… So this man at night touches me inappropriately, and I knew it was wrong and I tell him to stop. I was in class 3, that’s around 9 years as well. So I ask him why are you doing this and he says si hata wewe unishike, then he told me ukiambia mama yako utaniona,” she said.

She added that she kept the ordeal a secret until recently when she opened up to her husband, King Kaka.

“So the next day, I don’t know how to tell my mother, but one day I got courage to tell her and I was like persoan ananichunachuna usiku. And she jokingly told him wewe kwanini unanichunia mtoto, usinichunie mtoto and that was it. And it was the same circle. I dint tell anyone up until I was pregnant with my son and that’s when I told King Kaka

This is like a trauma I have carried for so many years and I was telling King as the year began I definitely need to see a therapist concerning this” said Nana.

On her side, singer Wahu Kagwi disclosed that he was molested by her cousin while at the age of 9.

“This usually a very difficult conversation for me because its easier to heal from a physical wound, but an emotional wound, sometimes we don’t have tools to deal with my emotional wounds. So what happened used to happen is whenever I could remember it just takes me to a dark space

“He was 19, I don’t want to go into details but he molested me and I knew it was a bad thing and I was 9. I was angry, felt violated and I was a kid. That moment stayed with me and it has stayed with me has something very painful… thankful when my mom came back I was crying …. but I got courage to share with my Mom and she told my Dad. Dad was very angry and he likes to talk things out but my brother who was like 16 said mimi sina time ya kuongea… he went beat his guy,” said Wahu in part.