Waiguru: This is why my husband and I continue living in seperate homes after our wedding last year 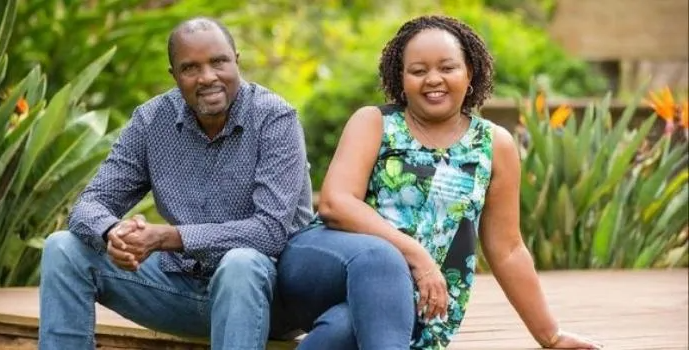 Kirinyaga Governor Anne Mumbi Waiguru says that she enjoys the marriage with her husband, constitutional lawyer and political commentator Kamotho Waiganjo, despite the fact that they live in separate homes.

The governor says she lives in Kihingo village, Kitisuru while Waiganjo stays in Runda despite having officially married at a colourful cermemony on May 18th, 2020.

In an interview with a local daily, she said  that the logistics of politics, security, and safety concerns have been the main reason they don’t live together. 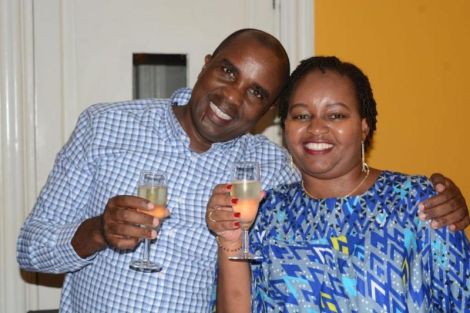 “Actually the reason we run two homes is the logistics of combining. Every time we start, it is too much work. Think about it, you choose the furniture, let’s start with the living room, whose stays and whose goes? I am attached to silly things and he is attached to his stuff,” stated Waiguru.

“Then choose a house. You know this can’t be his house as according to Kikuyu culture, to African culture, he cannot move to my house. But if you think about my political life, this place is very secure,” she added.

According to the governor, her husband feels much safer when she is in Kitisuru as opposed to Runda.

“Even when he travels he feels safer when I am here than when I am in Runda,” she stated.

The governor also dispelled rumours that the marriage steadied her political grounds, pointing out that Waiganjo has always been a pillar in her life for more than a decade before their relationship came into the limelight.

She said that in order to balance her private and work life, she devoted her time to politics during the week and reserved the weekends for her family.

“Sundays are exclusively mine and Kamotho’s. Even the children know that. Saturdays are for the whole family, but Sundays are ours,” she explained.

Recently, during her 50th birthday, Waiguru shared photos with her husband.

The two had children from their previous marriages  before settling down as wife and husband.

“Build a strong support system! Family and friends who stay true and remind you of what life is truly about are invaluable. They will keep you grounded,” she advised newly-married couples.

World’s most travelled man makes his 601st visit to Kenya