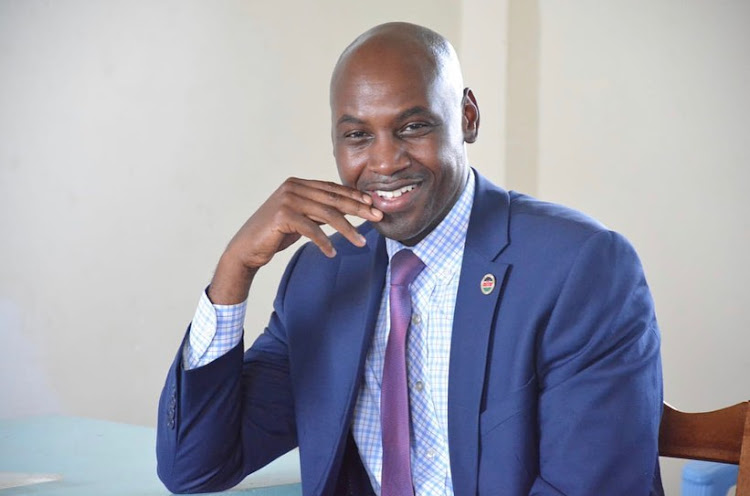 Walter Mong’are, who is popularly known by his stage name ‘ Nyambane’ has thrown his hat into the ring of politics. The former comic has declared that he is running for president.

The Umoja Summit party endorsed the former Director of Youth and Development in the President’s Office yesterday during the National Delegates Convention in Western Heights, Nairobi.

Mong’are, the comedian behind Redykyulass and Red Kona, says he gets his inspiration from Ukraine’s president, Volodymyr Zelensky.

Zelensky was a stand-up comedian and actor in the past.

Mong’are used to be a member of the Redykyulass comedy group, where he played President Daniel Moi.

Before being appointed by President Uhuru Kenyatta, the Vijana Tugutuke champion co-hosted the Kiss FM breakfast program with Caroline Mutoko.

He pushed the youth to get involved in politics yesterday.

“We shall not use sunroofs or stand on top of lorries and trucks to lecture the youth or dish out money. We shall have a sit-down and listen to them for their voices to influence the decisions we are making.  We shall not be making promises but giving them our commitment,” he said.

Responding to claims that the presidential election is a two-horse race between Raila Odinga of the Azimio la Umoja and William Ruto of the Kenya Kwanza Alliance, he chastised his rivals for their early campaigns and asked for respect for the rule of law.

“Our symbol is a pot because we are cooking great things for Kenya and thank like-minded individuals who have joined us from other parties,” he said.