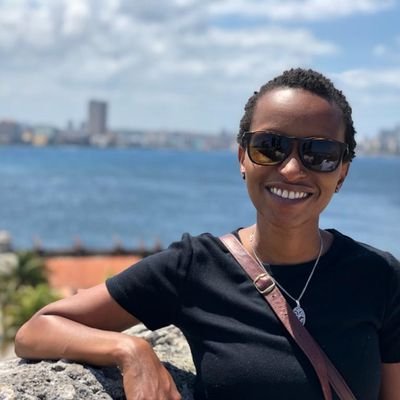 Wambui Collymore, widow of the late former Safaricom CEO, Bob Collymore, has eulogized Victor Githinji, a city biker who was recently killed in a road crash.

Mrs. Collymore remembered the deceased as a generous person who was willing to give a helping hand whenever needed.

She says that the late Githinji supported her in many endeavours including personal and public projects.

“When I was looking into getting a motorcycle Victor allowed me to test drive his. When I opened my gallery, Victor came to celebrate with a bunch of other bikers. When Bob died, Victor and other bikers came home to pay tribute. He was a gentle soul. He championed biker road safety and he taught a whole bunch of bikers how to ride off road. He was generous and present. He is truly missed,” tweeted Mrs Collymore.

The late Mr Githinji is reported to have been hit and killed by a dangerously driven motor vehicle belonging to a National Transport and Safety Authority (NTSA) official.

Githinji was riding a motorbike when the incident happened.

Police believe that Githinji’s death could have been avoided if the motorist was courteous on the road and minded the welfare of other road users.