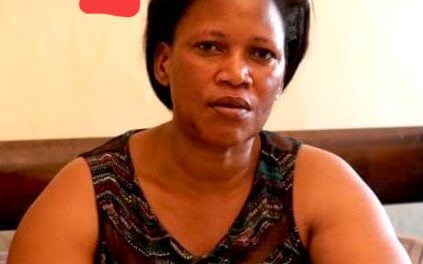 Detectives in Nairobi have launched a search for a Kenya Prison’s senior Sergeant suspected to be the leader of a racketeering syndicate that has obtained hundreds of millions of shillings from unsuspecting job seekers.

According to the Directorate of Criminal Investigations (DCI) Senior Sergeant Grace Nyamohanga alias ‘Nasra’ and her team have swindled jobseekers over Sh200 Million in 10 months on the pretext that they would offer the jobseekers work opportunities.

A Kiambu woman was swindled over Sh 800,000 to promise that her three children would be offered job opportunities at the National Hospital Insurance Fund, Nairobi Metropolitan Services, and the Kenya Ports Authority.

The woman was offered appointment letters inviting her children to the respective institutions to take up positions allegedly fallen vacant.

“However, she became jittery on the authenticity of the appointments when the suspect called twice to postpone the reporting dates, citing Covid-19 restrictions,” DCI said.

This prompted her to report the matter to detectives and investigations kick-off.

In January this year, the Detectives further says that Nyamohanga and her team recruited over 60 jobseekers and offered them forged letters of appointment to join Kenya Airports Authority.

“They were even driven to Jomo Kenyatta International Airport, ostensibly to familiarize themselves with what would be their new work environment.

While at JKIA, the new recruits meant a suspect, who posed as the Human Resource Manager before they were treated for a meal.

“Later, drove them to a high-end facility overlooking the Nairobi National Park, along Mombasa road, where they were treated to a sumptuous meal,”

They were asked to report to work on March 18, 2021; however, that did not happen as they did not hear from Nyamohanga and her team again.

According to DCI, Further investigations reveal that the suspect has been working in cahoots with fellow Prison Warders who lure desperate job seekers into the trap, obtain money from them and remit the same to Nyamohanga.

One such warder collected a total of Sh19 Million while another warder, who is a driver, collected over Sh5.7 Million.

Two suspects have since been arrested, while the main suspect, Nyamohanga alias ‘Nasra’, is still at large.

The DCI has asked Kenyans who might have submitted their academic documents, birth certificates, identification cards, and other documents to the fraudsters to present themselves at the DCI headquarters, Serious Crimes Unit, and file their reports.