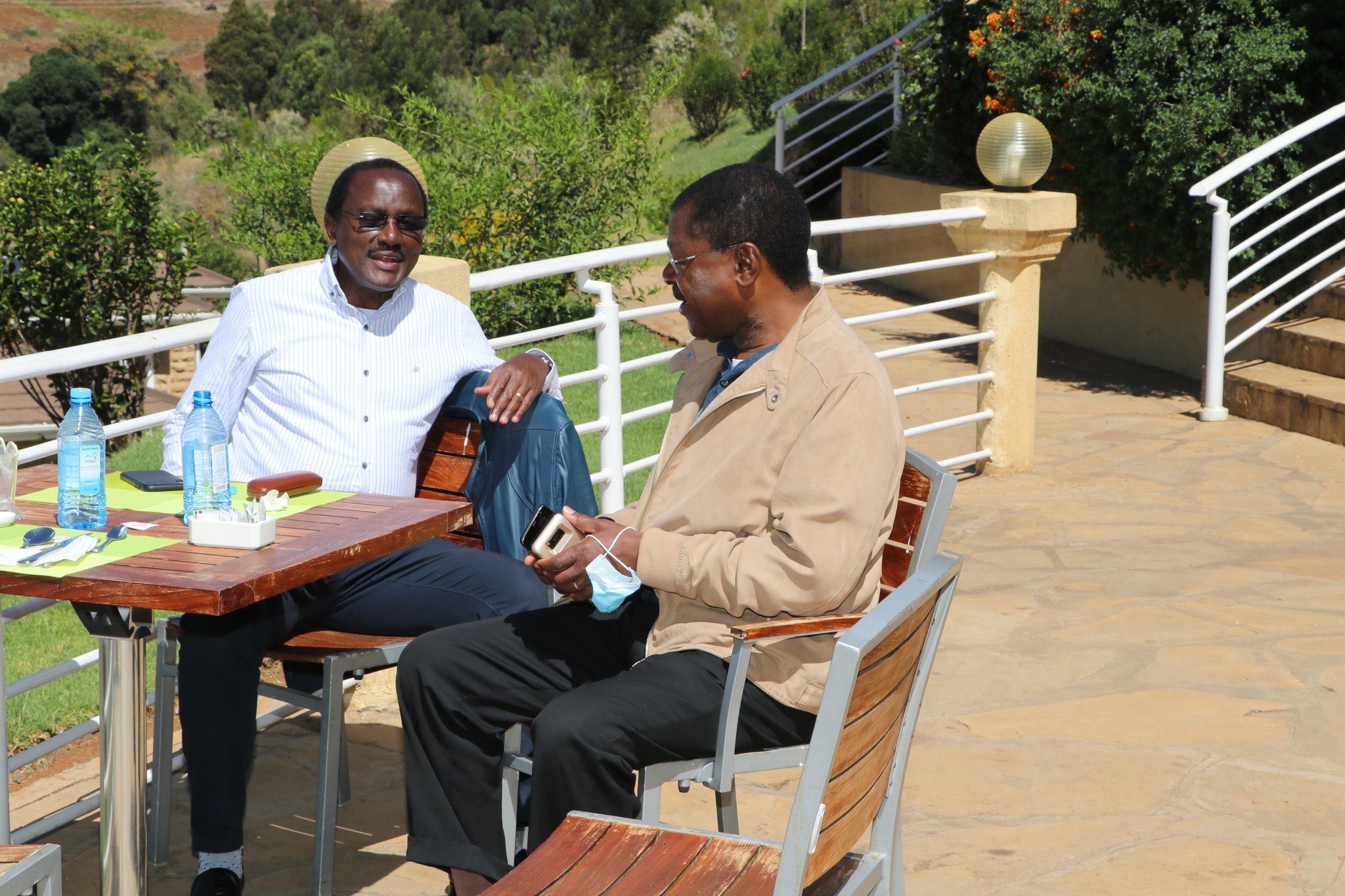 A meeting convened by Wiper Party leader Kalonzo Musyoka at his Yatta farm in Machakos County was disrupted on Saturday morning, January 15, when a snake appeared when the crowd had already settled.

Guests had to scamper for safety, with a few brave ones rattling the reptile which slithered into the tent at 12 noon.

At the time, Kalonzo Musyoka hadn’t arrived at the venue.

A snake temporarily interrupted Wiper leader Kalonzo Musyoka’s meeting of leaders from the Ukambani region, when it sent people scampering for safety. pic.twitter.com/kHfx8Q4jqd

The snake was killed. One of the attendees of the event, thereafter, took its remains to an unknown place.

Musyoka met Ukambani leaders, pooled from politics and the business community, who are allied to him.

The purpose of the meeting was to position Wiper and chart the way forward ahead of the August 9 General Election.

The meeting, however, continued after the snake scare.

“The snake was big in size,” eyewitnesses said.

VIDEO: Man brings his ‘second Kenyan wife’ to the US