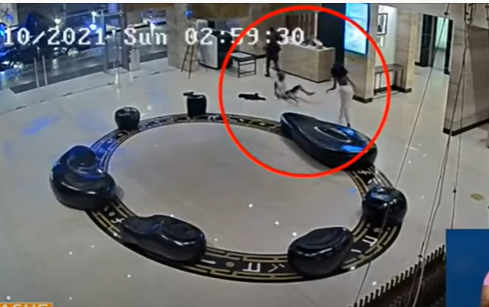 The two sisters who have accused the two twin brothers of assault.

Cheryl and Stephanie Murgor on Monday returned to Langata Police Station, where they also presented to the police a key witness in the matter, Patrick Koech.

Their lawyer, Philip Murgor, on Tuesday told The Standard that Koech was among the people who attended an event at a city hotel where the sisters are said to have been attacked, and he had recorded a statement.

The twin brothers have been trending on social media, and Janet Mbugua, Momanyi’s sister-in-law, the wife of Eddie, broke her silence following the assault, demanding justice for the women. Momanyi, a children rights advocate, is yet to comment on her husband’s barbaric behaviour.

READ ALSO  How President Ruto is celebrating his birthday
Related Topics:Ndichu TwinsNews
Up Next

MUST WATCH VIDEO: We all need somebody to “stand on,” say chicken an cat