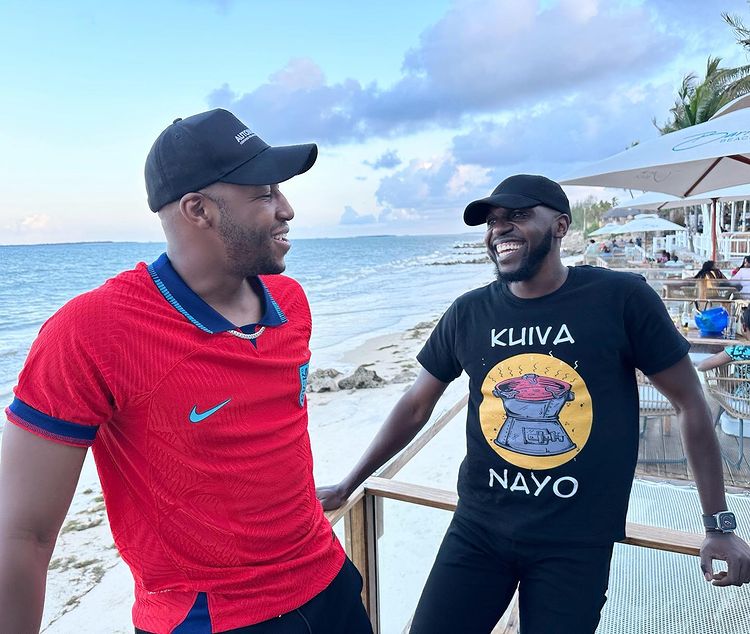 CNN reporter Larry Madowo has shared a funny video trying to explain to Tanzanian celebrity Idris Sultan what ‘Kuiva nayo’ phrase, that was written on his t-shirt, means.

He wwrote: “Tanzanians create new words, Kenyans create new meanings, we move. Bora uhai. Kiswahili kitukuzwe.” “Tanzanians like @idrissultan are so confused about what my T-shirt means even though it’s in Kiswahili. It’s funny how we’re divided by a common language.”

The words were inscribed on a black t-shirt Madowo was wearing as they hang out in Barra Beach Tanzania.

Idris looks at the t-shirt and tells him that he has it all wrong in Kiswahili. “When I look at this t-shirt I see kuiva then a picture of a jiko, so I assumed it means restaurant because of the cooker,” he said.

Larry explains that in Kenyan it means a girl who is absolutely looking good and attractive.

Idris doesn’t buy that explanation saying Kenyans are confused. He suggests that a girl doesn’t have to be ripe to be sweet, that even when raw she is still good. At this point, Larry gave up.