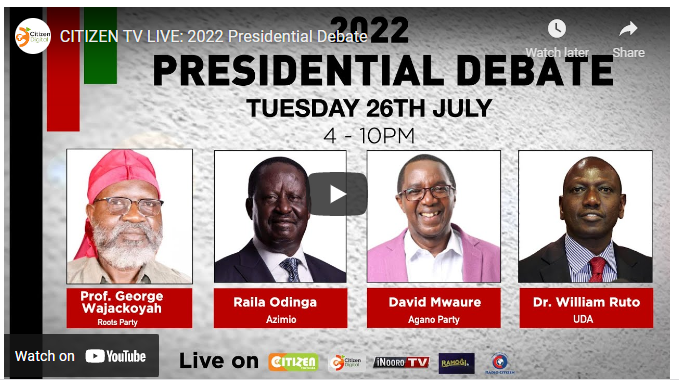 Tuesday, July 26 has been set for the presidential debates.

The third and final debate in preparation for the August 9, 2022 General Election will be moderated by Yvonne Okwara of Citizen TV, Smriti Vidyarthi and Joe Ageyo of NTV, Ken Mijungu of KTN, Eric Latiff of Spice FM, and KTN News.

The Presidential Debates Secretariat announced on Thursday that the five would moderate the debate in which the leaders of the Roots Party, Prof. George Wajackoyah, Azimio La Umoja’s Raila Odinga, the Agano Party’s David Mwaure, and the Kenya Kwanza Party, William Ruto, would outline their plans for the nation if they were to win the election on August 9.

Meet Alex and Alan, Kenyan identical twins working at the same US airline