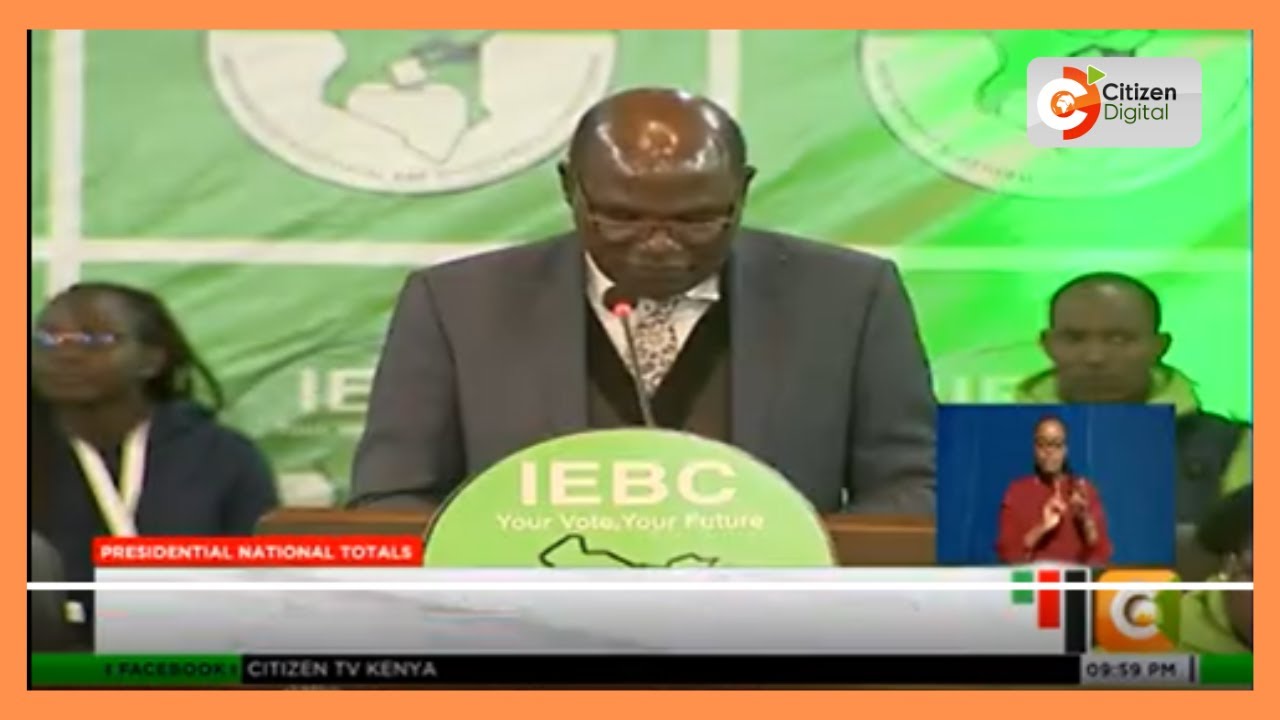 After six long days of waiting, the Independent Electoral and Boundaries Commission (IEBC) finally is announcing the presidential election results at 3pm on Monday 15 August, 2022. You can watch it right here.

The announcement is being made by IEBC chairman Wafula Chebukati, the presidential elections returning officer at the national tallying centre, Bomas of Kenya.

IEBC officials and other personnel have been camped at the Bomas of Kenya, finalising on the verification of the presidential results for several days after polls closed on Tuesday 9 August.

For one to be declared winner in the first round, one has to get at least 50 per cent plus one vote of the total valid votes cast.