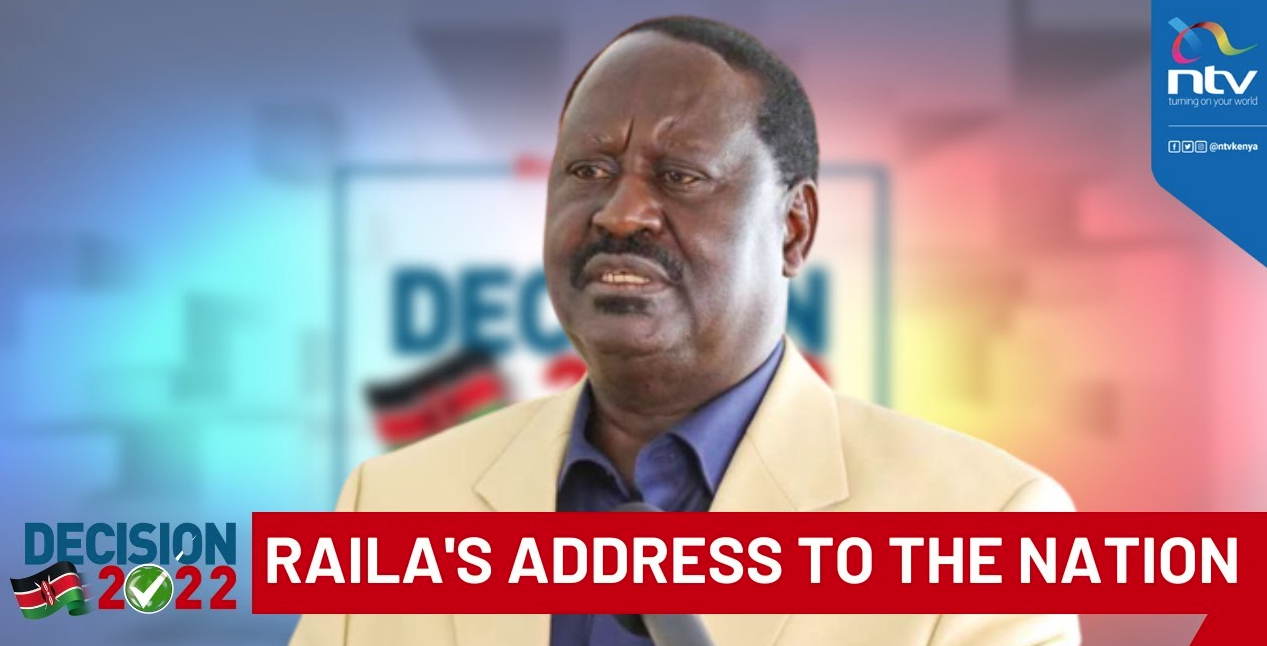 The address is happening at the Kenyatta International Convention Centre (KICC), where the Azimio coalition has set up its media centre.

Ruto got 7,176, 141 (50.49 per cent) to secure the 50 per cent plus one required to win the presidency in the first round, edging out Mr Odinga who got 48.85 per cent of the vote.
READ ALSO  Ruto’s Political Mobilizer Abducted, Brutally Murdered and Body Dumped in a Nyeri River
Related Topics:NewsRaila Odinga
Up Next