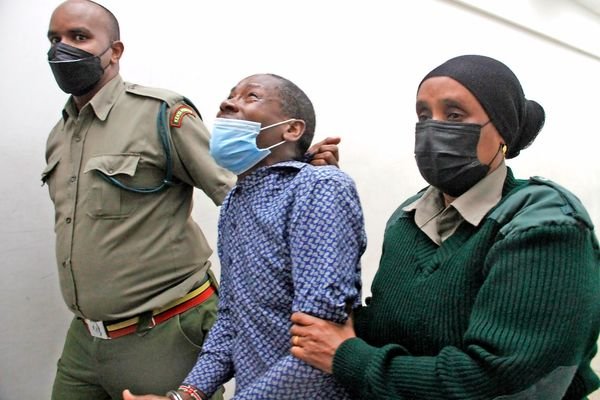 A 45-year-old primary school teacher, who was found guilty of defiling a Standard Six pupil five years ago, will spend 20 years in prison.

Senior Principal Magistrate, David Ndungi, yesterday said Fredrick Mwangi Wango violated the rights of the child instead of protecting her.

The court said Wango lured the child to his Mathare estate house on March 20, 2016 as she was heading to school around 6am.

The prosecution said Wango locked the girl in the house and went to school. He returned after 9am.

When the girl failed to arrive home later that evening, her uncle – a police officer – called the school.

At first Wango, denied holding the girl in his house despite reports that she used to spend time there.

The guardian of the child then went to the teacher’s house.

“He found the girl still in school uniform in the house. Wango was arrested and the girl taken for examination at a city hospital,” the magistrate said.

Medical reports presented in court showed the girl had been sexually assaulted.

The court ruled that the teacher had transformed the girl into a wife as she admitted that she would sneak from western Kenya to live with him.

“The prosecution has proved beyond reasonable doubt that the accused defiled the girl,” Mr Ndungi said.

The magistrate added that Wango’s testimony did not need to be corroborated because medical reports had given enough evidence.

The teacher had asked to be given a second chance in life to reform and take care of his two children.

READ ALSO  My Story: My big boobs made my life a living nightmare

“Your children’s rights are not superior to those of the girl you defiled,” Mr Ndungi said.

Immediately after the sentence, Wango threw down a face towel and the Bible he was reading.

“Jesus, why have you forsaken me yet the scriptures said I would be freed?” he yelled while lifting his hands.

“Jehovah God, you are righteous but what has happened to me? Jesus my saviour, do I really deserve this? What have I done to deserve it?”

And as he was being escorted to the cells by a warder, Wango attempted to run away. The warder beckoned a colleague to assist her escort him to the cells.

Wango began his drama last week when he wailed and collapsed upon being convicted. He was ordered to remain seated as the court gave the judgment.