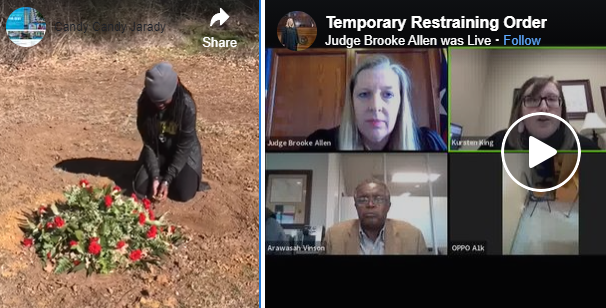 In this Zoom Video, you will see how US Judge Brooke Allen expressed outrage at the action of burying someone whose death was the subject of a judicial process…and that person is a 32 year old Kenyan woman.

Two Kenyan families are engaged in a vicious court battle over the burial of the mother of six. The legal tussle pits Dorothy’s father, Mr David Ong’era, against her husband, Mr Obadia Kinara.Matters are even more complicated after Mr Kinara’s lawyer revealed in court that Dorothy had already been buried without the knowledge of her blood relatives, who also live in Dallas.

Why did the man claiming to be her husband bury her a day before court proceedings that were to determine who should lay her to rest? Why has he blocked her family from conducting an independent autopsy?

These are the questions that the family of Dorothy Ong’era is seeking answers to following her death in Dallas, Texas, United States, under mysterious circumstances nearly two months ago.

Candy Candy Jarady
Justice for Dorothy how can a husband Bury the wife by himself without even kids then take the insurance money after 3 days???so sad haki no autopsy nothing .please please donate and share .

This story is very confusing… where is she buried cos you can’t burry people just anywhere in America. Then you can’t get life insurance without autopsy. What state is this? 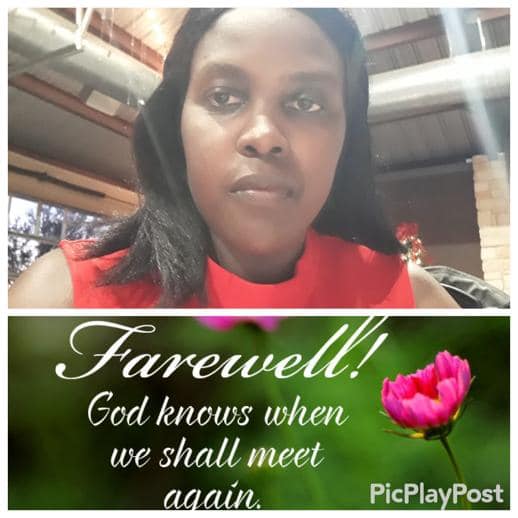 The Organizing Committee & Ongera Family is Cordially inviting you to DOROTHY ONGERA VIRTUAL FUNDRAISING
Time: Feb 4, 2021 09:00 PM Central Time (US and Canada)
Join Zoom Meeting
https://zoom.us/j/94178309459…
Meeting ID: 941 7830 9459
Passcode: 3232
One tap mobile
Thank you for joining this cause. We hope this message finds you well.
Who was Dorothy Ongera? Dorothy was a mother, daughter, sister, friend and a decent HUMAN being. She has been described as being soft spoken, avid church member, very organized and a businesswoman. She was a mother to six wonderful children.
Dorothy passed away December 17th 2020 under strange circumstances. Her cause of death was ruled as “accidental drowning” by the preliminary Medical Examiner’s report. It has been mentioned by her partner that she “accidentally” drowned in the bathtub. Unfortunately, after her death, Dorothy’s children, parents, siblings and friends were not allowed to see her and were completely denied access to her remains by her partner.
While her family went through the legal channels to get access to her body and perform an independent autopsy, her partner hurriedly decided to dispose of her in a corner of a cemetery and denying her proper final rights with her family.
The family is in distress and would like to have answers to what happened in that house They would like to have closure to and give a befitting send off for their loved one. We are appealing to you to support this cause, whatever little you can give will go a long way to help this family.
The budget has been set at $100, 000 to be able to support the following efforts.
Legal – There are 2 on going cases (temporary custody of Dorothy’s remains and custody of the 6 children). There will be a potential criminal case if the independent autopsy reveals a crime was done.
Ex Parte Motion – To give Dorothy’s parents access to her remains urgently to allow them to exhume her body
Exhuming the body
Independent Forensics – There needs to be an independent autopsy to determine is there was any foul play.

Funeral Home – The funeral home will preserve her remains until we can organize and give her a decent send off.