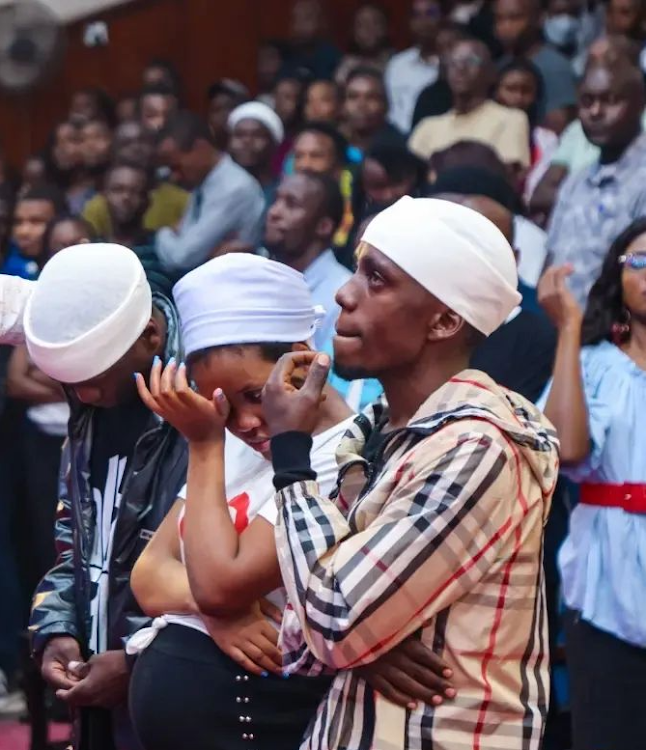 The Akorino twins have revealed that nothing good had come out their online stunt save for the hate from netizens.

Peter, Emily’s fiancé, noted that before the video went up, they were at 200 subscribers and had now steadily grown to over 3K.

“Before we went online with the story, we had less than 200 subscribers, and currently we are at 3.3K.”

In late September, Peter and Teddy Kimathi also known as Akorino twins, shocked people after claiming they were dating the same woman, Emily.

The pregnant woman had told YouTuber Nicholas Kioko that she was dating twins and had no idea who is the father of her child is.

Now, Peter is crying foul. He has stated it was disappointing because they had anticipated at least 150,000 subscriptions from the public stunt.

He went on to say that he regretted having come up with the idea because it had not been worth the effort.

“I regret that we pulled the stunt, we have never been negatively affected in our lives as we have experienced the past few months. First, tumepata hatred ile mbaya to the extent we have lost friends. Secondly, iyo hatred ya online imetuaffect sana sana juu hiyo matusi ilikuwa mingi na hatukuwa tunaexpect, ata after tumesema ni clout, hawakuamini.”
READ ALSO  VIDEO: Kenyan lawyer lights up internet for "eloquently lecturing President Kenyatta" in court
Related Topics:Akorino twinsNews
Up Next