We ignored Alfred Mutua, Kingi after discovering they were double dealing :Tuju 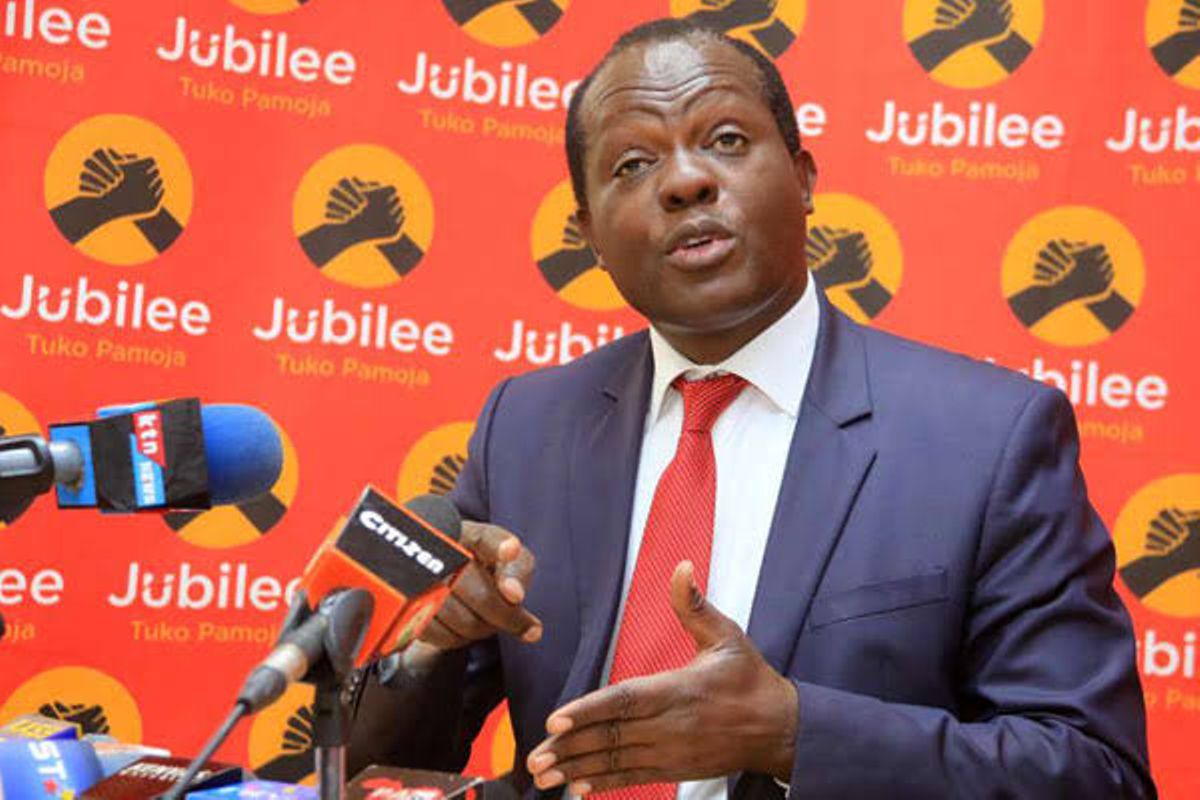 Tuju told the press on Monday, May 9, that Azimio, led by former Prime Minister Raila Odinga, had halted its support for the two leaders after discovering that they were surreptitiously engaging with opponents and providing them with internal tactics.

The former CS without portfolio stated that they desired a coalition of the willing and that Kingi and Mutua’s demands were only pretexts to hide their deceit.

“Some of them were negotiating with the other side and needed this document for purposes of benchmarking, and since we knew this from our intelligence, there was no reason to continue to engage them.”

The announcement comes barely hours after Mutua stated that he had switched allegiance to Kenya Kwanza Alliance. In the Kenya Kwanza camp, the governor said he was influenced by transparency and vision.

Mutua argued that the Azimio la Umoja favored only a few political groups, leaving MCC in the dark. Kingi, on the other hand, had a long-running feud with the Azimio management, claiming that he had been marginalized.

Over 10,000 motorists have signed up to use Nairobi Expressway ahead of Saturday opening