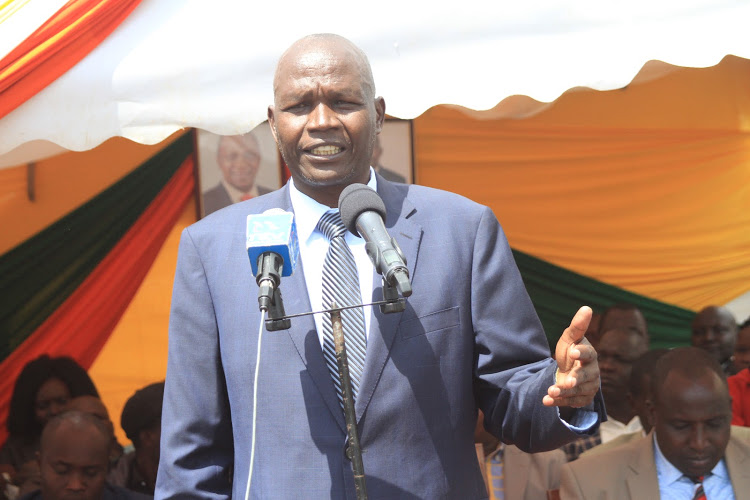 Koibatek Sub-county Deputy County Commissioner (DCC) Omar Ali has warned those engaging in illicit brew in the sub-county of tougher penalties should they be found engaging in the illicit trade.

Speaking at Chemusu in Eldama Ravine during the marking of the Word Environment Day Omar assured the residents and leaders that he will not relent on the fight against the menace.

“We will fight the menace to the end, my aim is not to reduce but to eradicate the menace completely, we have put strategies in place with the chiefs on how to do it” said the administrator.

Omar decried the small amount of fines meted by the courts to the offenders saying they were paying it like loose change thus not deterrent to stop the trade.

He added that he was finding it a mockery that some parents can pay fines of upto ksh. 80,000 in the courts but go to his office saying they can’t raise school fees for their children.

“Other than slowing our active labour force alcoholism has found its way into schools with students of Poror, Shimoni, Kamelilo and Moringwo schools abusing alcohol and other drugs,” revealed the Deputy County Commissioner.

He expressed his gratitude to the political leaders for supporting the course and called on the residents to report any seller to his office.

On his part Baringo governor Stanley Kiptis praised the efforts of the security team in taming the menace and called on the community to offer support through community policing.

“I want to thank the youths from Poror for supporting the fight, if unabated the menace will negatively affect our population growth in the coming years,” said the governor.

He added that some of the drugs being sneaked into the country from Uganda was very lethal to those consuming it.

On the world Environment day the DCC said the Sub-county had planted over 250,000 seedlings through the Kazi Mtaani initiative.

He added that the seedlings will go a long way in boosting the forest cover in the County.

“If we are able to conserve our environment we will achieve our development goals, therefore let’s support sustainable usage of our environment,” Said Mr. Chepkwony.

The event that was marked near the Chemusu Dam catchment area was also attended by officials from the NEMA, Kenya Forest Service and an NGO by the name of Self Help Africa which supports environment conservation.