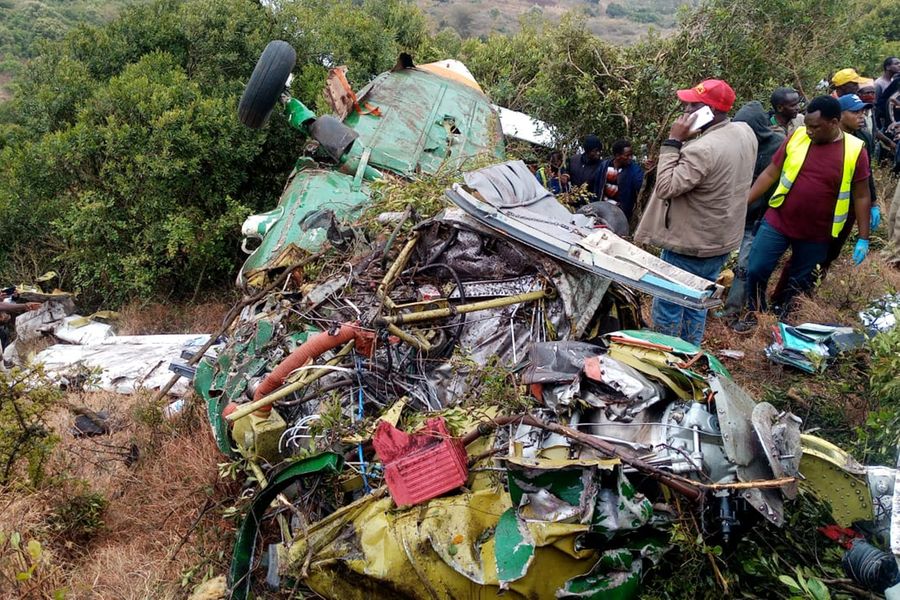 A pilot and his co-pilot died on Saturday morning when their plane crashed at Kofia Mbaya in Marsabit Central.

In a statement, the Kenya Civil Aviation Authority (KCAA) said the aircraft, registration 5Y-JKN, departed from the Wilson Airport in Nairobi at 8.20am with two people on board.

“It crashed into a hill at approximately 10.10am,” Director-General Gilbert Kibe said, adding there were no survivors.

He said Kenya Police and other security agencies were at the site and that the Aircraft Accident Investigation Department (AAID) had launched an investigation.

He said the cause of the crash was yet to be established but that the sky was foggy at the time.

Witness Abdullahi Guyo said the pilot seemed to have trouble landing as the plane produced eerie sounds as it circled above the Kofia Mbaya Hill.

“I thought the bad weather meant the pilot couldn’t see clearly,” he said, adding the crash took place shortly after.

Mr Guyo said he and others rushed to the scene and poured water on the plane’s engine to prevent it from bursting into flames.

He said they also retrieved two bodies from the wreckage before calling the police.

Sub-county Police Commander Johnson Wachira said they were liaising with the clearing agency in Nairobi to establish details of the incident.

“We’re currently trying to reach out to the clearing agency to establish the identity of the deceased and the mission they were on,” he said.

The bodies were taken to the Marsabit County Referral Hospital morgue.

Mr Mwavindah said the aircraft’s body had the label ‘Mwalimu’ but that it did not belong to the Ministry of Education as alleged.

He explained that the pilot and co-pilot were to pick up unidentified persons in Marsabit Town, who were to attend a meeting at Illeret in Loiyangalani Ward, Laisamis Sub-county.

The incident took place about 2km from the spot where a crash claimed 14 lives in 2006.

On April 10 that year, a military cargo plane carrying a high-level delegation on a peace mission crashed as it attempted to land.

A provincial administrator and two crew members aboard the ill-fated Chinese Y-12 aircraft were rescued at the scene.

However, one of those who was pulled out of the fiery wreckage died en route to Nairobi for treatment.