What CCTV footage reveals about death of student at Qwetu hostel 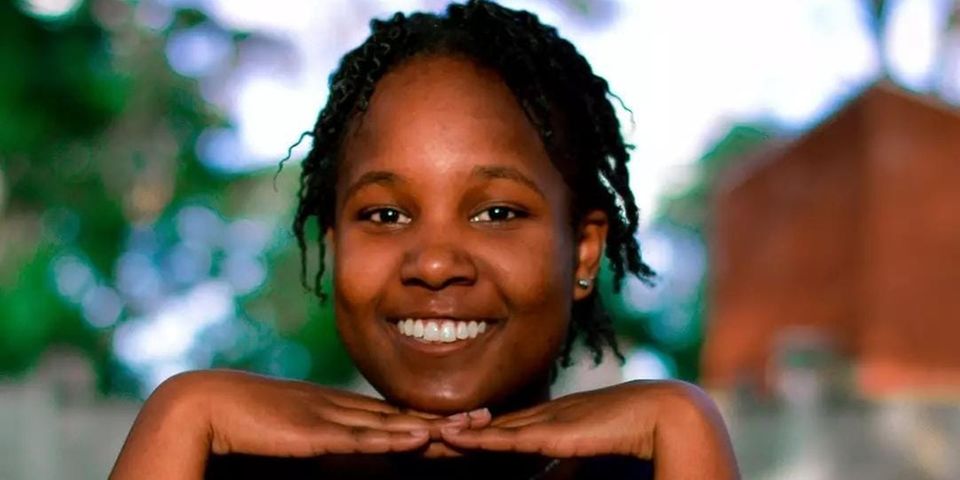 A student whose death is the subject of a dispute between her mother and the managers of a residential building where she lived did not leave her room before her body was found.

Later in the evening, the camera in the corridor next to her room captured lights coming from her bathroom window. The lights were switched off after a few minutes.

Githae did not leave her room the next three days. The footage captures a woman in uniform walking in the corridor. She stops and knocks on the door opposite Githae’s and holds a brief conversation with the tenant. She then turns and knocks on Githae’s door, waits briefly and leaves.

A few minutes later, two men appear at the closed door, open it and peep inside. Almost immediately, one of them leaves and returns with a woman, identified as a nurse. The two men are identified as a security supervisor and a receptionist. Then the trio leaves.

The next footage is that of police officers entering the room, and later leaving with a body bag.

The camera, Mr Njenga said, is one of 64 that watch common areas in the building and outside.

“Every common room from corridors, gym, lifts are covered. The only thing we can’t see is what goes on inside the tenant’s room,” he said.

The cause of Githae’s death has sparked controversy after her mother Linda Macharia cited alleged gaps in the statement on her daughter’s death.

In a video making the rounds on social media, Ms Macharia called a press conference and said that the hostel’s management had been careless in how it handled Githae’s death.

She said Qwetu Hostels had failed to inform her about her daughter’s death as the listed next of kin. She said managers told the police first, who allegedly then told her about the incident.

She also said that her daughter’s body was taken to City Mortuary at 7am, and when she called at 11am to ask for details on how to pay her daughter’s rent, she was not given the information she needed.

Ms Macharia had also cast doubt on the authenticity of a suicide note given to her, saying that if her daughter was indeed stressed, she would have talked to her therapist.

“We as Qwetu management want to confirm that nobody entered her room from the time the nurse, receptionist and the security supervisor left,” Mr Njenga said.

“The supervisor informed the security manager, who in turn called the police. They arrived past noon, and they transferred the body to City Mortuary pending further investigations.”

He said that the hostel’s management called Ms Macharia on the same day Githae was found dead before they informed the police, but that Ms Macharia, upset, asked that the call be made later to allow her to come to terms with the news.

“We tried to call her again, but our calls went unanswered. The next thing we saw was a video of her speaking to the press,” Mr Njenga said.

He explained that the suicide note, in three paragraphs, was handed over to Ms. Macharia, and that it pointed to Githae’s disagreements with her mother.

Neema Githae, 21, was pursuing a Bachelor’s degree in nursing at Kenyatta University and was in her second year.

Following Ms Macharia’s public demand for the management to provide at least two weeks of CCTV footage so that they could trace her movements, the family gathered at the hostel on Thursday, exactly one week after their loved one was found dead.

“We viewed the CCTV footage at Qwetu in the company of Njenga, two of Githae’s aunts and three other members of the family. We confirm that there was no foul play. Funeral arrangements are in place and we will lay Githae to rest on Tuesday,” said James Ngeta, the family’s representative.

Githae joined KU on November 7, 2020, and she was last seen in class on September 27 this year, said Mogaka Saboke of Kenyatta University School of Nursing Science.

“Their classes resumed on September 20, and she was last seen on 27th, which was on Monday. Her classmates that I spoke to said she greeted everyone in class on that day, including those she wasn’t fond of. When the class went on break, she sat alone near a flight of stairs, and refused to go back to class, saying her bottom hurt,” Mr Saboke said.

Before Githae’s death, the two had spoken by phone on two occasions. The first was on September 15, when Mr Saboke gave her a slot as one of two ushers who would help in the admission of new first-year students who joined the school on September 20. The second was in the evening, when Mr Saboke called to find out if everything had gone as planned.

She was due to sit for an exam on September 24, and she informed Mr Saboke that she was ready. The activities of admission day had not derailed her efforts to revise for the exam. It would be the last time he heard her voice.

On September 27, Githae called Mr Saboke on WhatsApp, but the call was not answered. At 7.35 pm, Mr Saboke texted her ‘hey’ with a smiley face emoji, and all he got was two grey ticks. The next thing he heard was that Githae had died.

“She actually registered for that exam paper on September 21, and when I spoke to the school administrator, she said Githae seemed disturbed,” Mr Saboke said.

He added that Githae had been a jovial woman.

Mr Saboke explained that Githae’s best friend was still in shock and would need time to recover before she speaks.

Brian Oyeezy, a senior nursing student at KU, met Githae during his clinical rotations at Embu Level Five Hospital. They both worked in the pediatric ward.

“I can tell you this for free, Neema made me doubt my passion for nursing. She was always happy, ready to work and curious to learn. She interacted with anyone regardless of their qualifications, and didn’t fear confronting the consultants when she had a mind-boggling question,” he said.

“Even though some people thought she was too talkative, we clicked, probably because I am also extroverted.”

He had received the news of his friend’s death on Friday morning via WhatsApp. A link had been sent to his phone, detailing that a schoolmate studying medicine had died.

“It didn’t hit me, since we are nursing students so I thought it was not one of the nursing students. Out of curiosity, I clicked the link and was shocked beyond words when I came across Neema’s name,” he says.

William Kunani, the deputy OCPD in Starehe Division, explained that on Thursday, September 30, police officers at the station received a call past noon from Qwetu Hostels asking them to go and investigate an incident.

“When the officers got there, they found the body of a young lady in the room and a suicide note. That is why we made the conclusion that it was suicide. We are, however, waiting for toxicology tests to confirm the actual cause of death,” he explained.

The immediate result of the post-mortem, which was carried out a day after the body was discovered, said that the body had no physical injuries.

Here’s a safer, affordable place to keep your most valued items