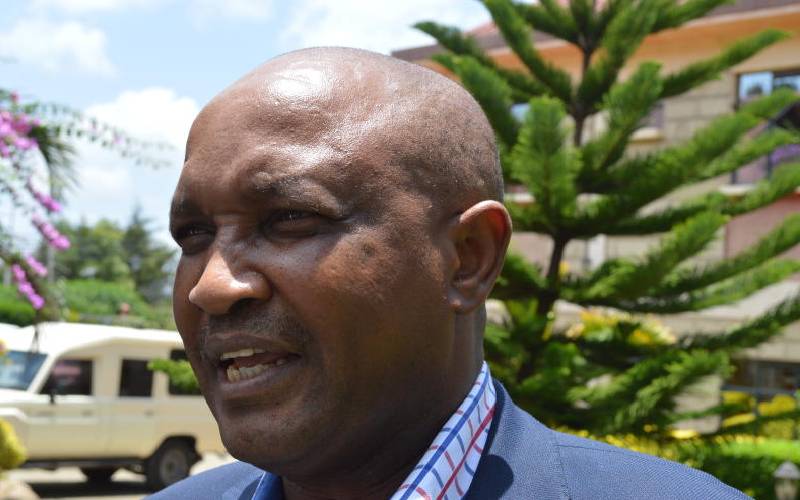 He died of diabetes in Nairobi aged 57.

His son Mutethia Irea said his father was in fine health until last night when he had to be rushed to the hospital.

The former MP whose financial firm collapsed with savings of 6,000 members faced bankruptcy proceedings in 2018.

The court allowed commencement of the process to declare former Mwiti bankrupt over Sh6.1 million debt.

The High Court granted Diamond Trust Bank (DTB) a receiving order for the protection of Mwiti’s multi-million shillings estate so that it can commence bankruptcy proceedings against him.

This would see Mwiti forward a list of his assets plus liabilities to the bank and a receiver-manager appointed to manage the estate in a bid to claw back the money owed to the bank or have it wound up.

The company opened offices in Nairobi, Kitengela, Ongata Rongai and Voi and began issuing out loans.

Seventeen witnesses testified in that case. After six years, on September 23, 2011, Mwiti and the group were acquitted, with the court holding that they did not break any law.

The suit was heard by Nairobi judge Alfred Mabeya. On October 28, 2011, Akiba applied to have the defence filed by the defendants struck out and judgement entered against them.

They also applied to have CBK ordered to release their property or to deposit Sh2 billion as an undertaking for damages.

Mwiti also made headlines in February 2018, when he was charged afresh with rape after the charge sheet was amended to add more counts.

He appeared before Magistrate Francis Andayi and denied three counts of rape, intimidation, and assault contrary to the law.

At the time, Mwiti, through his lawyer John Khaminwa, had urged the court to drop the case on grounds the law used to charge Mwiti doesn’t disclose sexual offence.

Nyama choma, ride with a ‘nurse’ left me in a coma – taxi driver