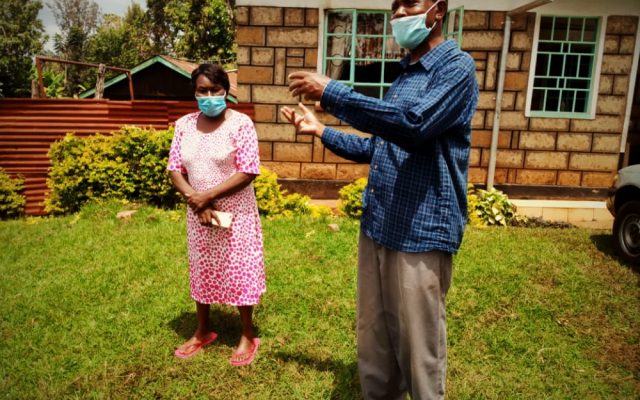 People from Kithiu village in Meru; home to Lady Justice Martha Koome are already full of expectations after the Court of Appeal judge was nominated for the position of Chief Justice.

Salome Maingi, 78, has told People Daily newspapers that their greatest expectation as a village is to see Martha reduce the heavy backlog of cases pending in Kenyan courts so as to give room for quick justice across the country.

“I have been praying for Martha throughout the process and I am optimist that she will be the next CJ. As a village and her relatives, we request her to make us proud by serving our country with courage and diligent without biasness. That way, she can reform the judiciary systems and ensure that cases in Kenya are fast-tracked,” Salome said.

Claiming that the judiciary needs a lot of clean-up and transformation in fight against corruption in the system, Salome expressed confidence that the Lady Justice whom she described as courageous and a fighter of Human Rights will reform the sector.

“I  know she is unique and a true leader. She showed her leadership qualities at a tender age,” she added.

She further urged the mother of three, to fear God in her service delivery if appointed by the President adding that service to man is service to God.

“As her neighbours, we are asking her to avoid corruption and discrimination while she will be executing her duties.”

Another resident Reuben Gitonga and his wife Susan Gitonga called on the government to reward the small village for producing an icon by tarmacking the three-kilometre road leading to her backyard which they claim is in poor state.

” We have produced a true leader who will bring transformation and change in this nation. We are now asking the government to tarmac this small road leading to their home and also  name it after her as a show of appreciation,” Susan said.

Municipality ward MCA Elius Mugera has, on his part, called upon Members of National Assembly to approve Martha’s nomination for the position.

“We thank the government and Kenyans at large for having trust in Meru region. Several leaders have been recently appointed on key dockets so we are asking our Lady Justice to work and cooperate  with other leaders from this region in order to effectively steer changes and transformation in service delivery,” Murega said.