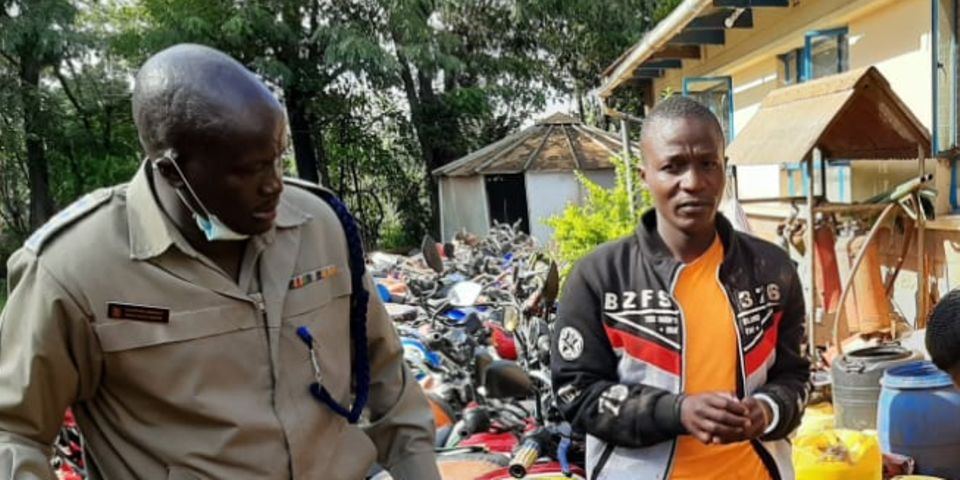 John Ngugi Maina, the suspected self-styled leader of an organized criminal gang, was issued a Sh500,000 pre-trial bond and a Sh500,000 surety by the Kenol Law Court in Murang’a on Wednesday.

Due to the Christmas break, Mr. Maina was just charged with robbery with violence on Wednesday after being detained on December 23.

The court was told that he terrorized the people of Maragua town and its surroundings on numerous dates between November and December, which led to his arrest.

In front of Magistrate Sheila Nyaga, he contested the allegations and requested a pre-trial bond.

The prosecution did not object to his request to be released on bond and stated that witnesses would be produced to support the allegations.

When the magistrate announced the amount, Mr. Maina appeared so shocked that he remained frozen.

“What?” Was all he could say. And even when the magistrate appeared ready to hear him out, he shook his head resignedly and followed the court orderlies to the holding cells.

He will now remain in custody in the Maranjau prison up until a bond is paid. He will be held in detention until January 17 when his case will be mentioned if he is unable to pay the bond.

The same court had on December 9 released John Nyambura, another suspect, on a comparable pre-trial bond following charges of armed robbery and illegal alcohol possession.

READ ALSO  Ruto to Raila: We are smarter than you
Related Topics:John Ngugi MainaNews
Up Next