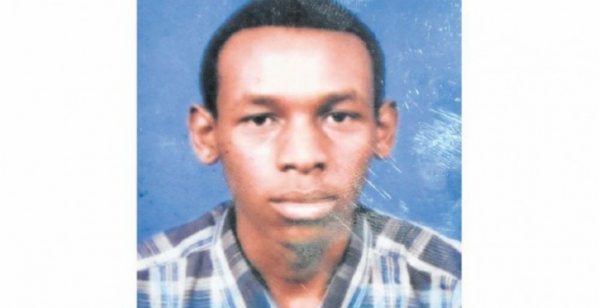 The Kenya government is targeting at least Sh20million held in bank accounts belonging to Jeffrey Sila Ndungi, a Kenyan man currently serving a 10-year prison term in the US.

Ndungi is serving time for hacking and stealing Sh434 million from the American government wired Sh200 million to his accounts, according the US courts.

Fresh filings by the Asset Recovery Agency (ARA) reveals that Sila Jeffrey Ndungi may not have been the only player in the scam as he received half of the amount.

There is a puzzle of the whereabouts of more than Sh180 million which is yet to be accounted for as his accounts so far have only Sh20 million.

In the new filings before Justice James Wakiaga, ARA wants to force Ndungi to forfeit at least Sh2.4 million held in three accounts in Absa Bank.

It is the second time that ARA is going after Ndungi. The first time, it sought orders for Sh17 million.

“Preliminary investigations established that the funds are proceeds of crime. The respondent (Ndungi) engaged in a complex money-laundering scheme whose intent was to conceal or disguise the nature, source, location, disposition or movement of the funds,” ARA argued in its application filed yesterday.

The IRS believed the scheme was being run out of Kenya and suspected one Lydia Breaux of acting as a stateside operative.

Breaux soon confided to an undercover IRS agent that Ndungi had entered the US from Kenya with a large tax refund cheque in need of cash.

The trio (the IRS agent, Breaux and Ndungi) met in a restaurant in Dallas, Texas to negotiate the purchase of the cheque by the IRS agent.

At this meeting, Ndungi showed the agent a picture of the cheque, made out to an individual named Cynthia Short and who had since died. Ndungi also assured the agent that he could get him a fake driver’s licence in Short’s name.

Negotiations continued for a week until the trio met  again to close the deal on August 9, 2016. The IRS agent bought the cheque at Sh4.8 million.

From the conversation, it appeared that Ndungi was in fact running a separate syndicate in the US, printing fake drivers’ licences. Ndungi promised to make for the agent a “nice-looking number plate”.

“I will make you a driver’s licence, you pay me. Email it, give me your email address and I will send it to you, perfect colour,” Ndungi is quoted to have told the agent.

A few days later, Ndungi made good his promise and e-mailed the agent a fake driver’s licence in Short’s name.

Further investigation revealed that other fraudulent tax refunds had been issued to a bank account linked to Breaux. One such refund, under the name Dietrich Eipper, was filed with an IP(internet protocol) address associated with Ndungi.

During his trial, the court was told that Ndungi illegally obtained the cash by presenting to the United States Department of Treasury a cheque payable to Short that had been issued on a federal income tax return filed electronically from Kenya.

Ndungi is said to have stolen Sh434 million from dead pensioners in the US. However, documents filed before the Kenyan court now reveal that he may have been a pawn in a bigger syndicate.

READ ALSO  Uhuru invited by Biden to Exclusive US Summit

The undercover agent had negotiated with Ndungi for a discount, but the man informed him that a single cent out of the whole deal would lead to his death. At the time of his arrest, Ndungi had with him cheques worth Sh7.6 million.

“There are a lot of people involved with these cheques, if I tell them something happened, they can kill me,” Ndungi confided to the agent, adding that the cut for each of the players had been agreed upon.

The agent pressed him on whether he was in the syndicate alone and his answer was that was not his specialty, and in fact, the deal was too huge for him.

“I gotta tell you this is not my area, I tell you there are a lot of other guys. I cannot talk on their behalf,” he told the agent who wanted a ‘small cut’ as a first-time customer.

Ndungi was arrested and charged with two counts of theft of public funds based on two fraudulent tax refunds, one in Short’s name and another in Eipper’s name.

He was jailed for 10 years but he successfully appealed and is awaiting fresh sentencing.

The three judges ruled that there was insufficient evidence to pin Ndungi and ordered that he should be re-sentenced.

“Drawing all reasonable inferences in support of the verdict, we hold that the evidence was insufficient to support Sila’s Count III conviction,” the fifth circuit court ruled.

According to the three judges, the argument fronted by the US authorities that Ndungi was the only user of a PayPal account that was used to siphon taxpayers’ returns was watered down by the fact that the same account was used 1,000 times after he was taken into custody.