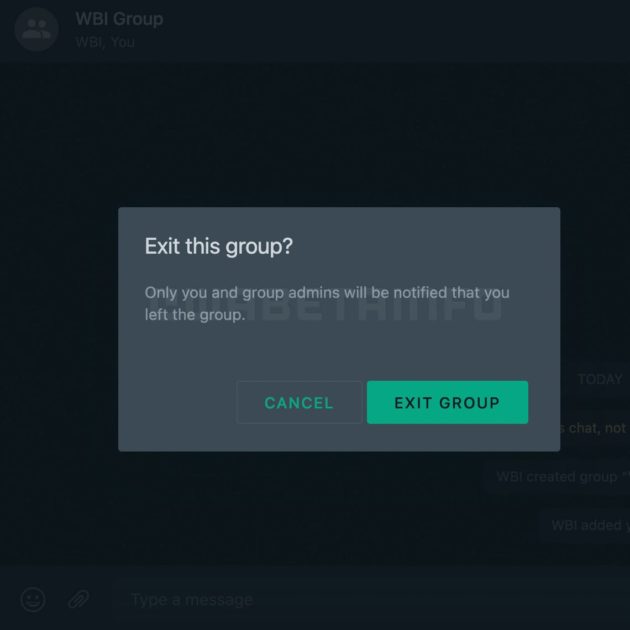 WhatsApp is working on a feature that would allow users to “Silently depart groups” without alerting other individuals in the chat.

Only group admins will be able to observe who leaves the group; everyone else will be unable to.

When you leave a group, WhatsApp generally adds a system notification to the chat to alert all members when you join or leave the group, but with the new functionality, this detail will only be visible to the group admins.

Because group admins should always be aware of what is going on in their groups, it is necessary to show them who has left a group.

“The feature will surely be released on WhatsApp beta for Android and iOS in the future. But this feature is under development on WhatsApp Desktop beta at the moment and it is planned to be rolled out to users in a future update,” a statement on the WhatsApp Desktop Beta.

“It’s been clear for a while that the way we communicate online is changing. Most of us use social networks and feeds to discover interesting content and stay updated. But for a deeper level of interaction, messaging has become the center of our digital lives. It’s more intimate and private, and with encryption it’s more secure too,” Mark Zuckerberg, Co- founder and CEO of Meta platforms stated in a Facebook post.