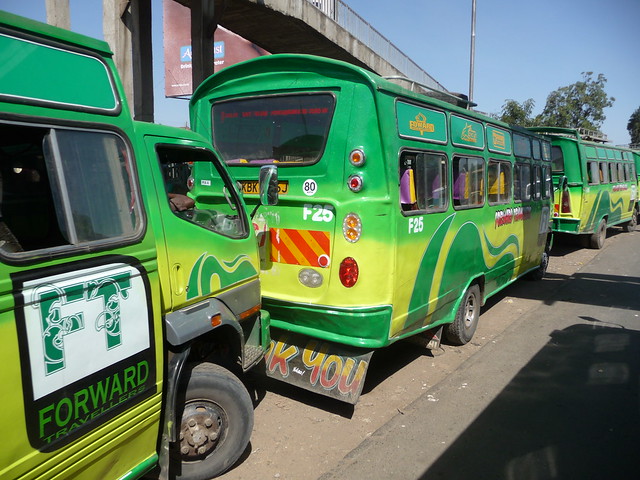 A middle aged self proclaimed preacher  received a beating from irate passengers Thurday morning after a box of condom dropped on the flow of the vehicle he was ministering in.

The box dropped as the said preacher attempted to access his pocket Bible from his jacket, an incident that made passengers seated on the front seat even more curious.

The conductor of the Forward  Matatu  confronted him and asked why he had them in his pockets.

Perplexed passengers at this point were all raising their necks trying to follow what was going on.

The preacher who allegedly is the head of Overcomers International Ministries defending himself said the Lord would strike anyone who was speaking ill against the ‘man of God’.

“You cannot judge me, for being in possession of these contraceptives everyone knows prevention is better than cure and you can not blame God for not using commonsense, everything in this world came with a purpose . I am a normal human being with feelings like you all,” he yelled at the shouting Forward traveler.

He added that his wife died a decade ago and was waiting for a revelation from the Lord on whom to marry next.

The passengers concluded that he is one of the preachers who ‘chew his sheep’ in evening fellowships and the night vigils in pretense of being in prayers.

“Since your wife died you have been quenching your thirst with our wives while collecting offerings from every passing vehicle for your dirty dealings, this must come to an end and you will serve as an example,” said one of the furious passengers.

He was lynched from the back by another angered passenger, fell down and received countless blows while lying there.

It took the intervention of the driver who stopped the vehicle along Jogoo Road and dropped the wounded the preacher.

The passersby saw him lying beside the City road and drove him to the nearest hospital while the Matatu sped off  to the Capital city.