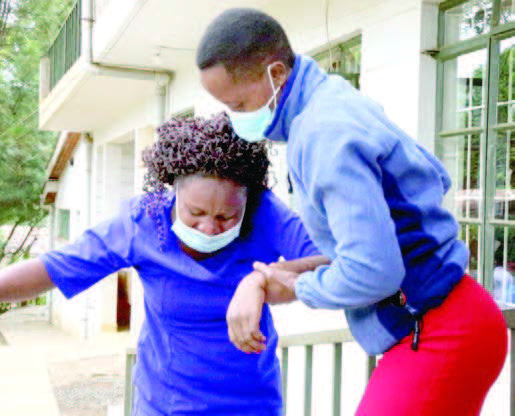 A series of blunders by the prosecution led to the collapse of an attempted murder case, leading to the acquittal of a former Catholic priest by a Kitui court on Wednesday.

According to the judgment delivered by Kitui Chief Magistrate Stephen Mbungi, the prosecution failed to produce crucial witnesses to testify against former Catholic priest Japheth Kimanzi who was facing charges of attempting to kill a high school student he had impregnated and sired a child with as well as the toddler.

But in his judgment, the magistrate ruled that there was no sufficient evidence to link the former priest with the attack which left the complainant, Veronica Musali Mutua seriously injured and the child deaf, blind and crippled.

The judgment drew outrage from the complainant and her relatives who accused the magistrate of denying them justice.

Mutua sobbed uncontrollably in the courtroom after the magistrate delivered the ruling, lamenting that she had been denied justice.

“Mimi sijapata haki na mtoto wangu, mtoto wangu ni mlemavu kwa sababu Father alituchapa, akafanya mtoto wangu kuwa mlemavu, haoni na hatembei (I have been denied justice, both my child and I, my child is blind and crippled following the attack on us by Father (Kimanzi),” a sobbing Mutua told journalists outside the courtroom.

“Mimi niko na mzigo mkubwa, Father hanisaidii kulea mtoto wangu, na alinikosanisha na wazazi wangu (I have a big burden to shoulder because Father (Kimanzi) does not help me take care of the child, he also messed up my relationship with my parents),” she added before breaking down.

At some point, Mutua’s relatives were forced to take the child, aged nine from her, when she got hysterical.

“I urge people of goodwill to intervene and ensure that justice for my child is served through an appeal of the case,” Mutua said.

In his ruling, the magistrate said there was no concrete evidence linking Kimanzi to the assault that caused grievous harm to the child and her mother.

According to the magistrate, the priest had presented witnesses before the court who testified to support his alibi, that he was not at the scene of crime on the night of the attack.

The magistrate also faulted the prosecution for failing to table forensic evidence to link the accused person to the attack.

to tarnish his name. COURT VERDICT

READ ALSO  'I love you too': Moment Uhuru responded to female member in Nakuru crowd

• The magistrate said there was no concrete evidence linking Kimanzi to the assault that caused grievous harm to the child and her mother.

• The magistrate also faulted the prosecution for failing to table forensic evidence to link the accused person to the attack.