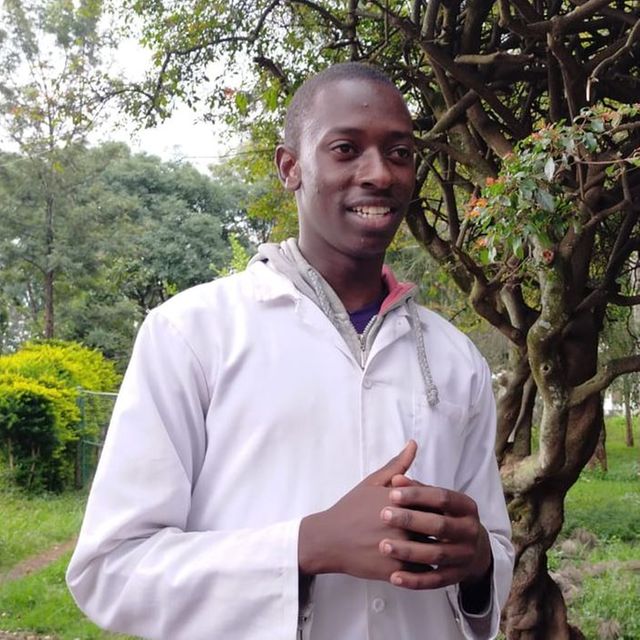 The sight of a dead person terrifies most people, but not David Muoki, 25. Being a mortician is his dream job. He does not see himself changing professions, and hopes to one day build his own mortuary.

Activities at Nairobi’s City Mortuary are going on as usual. Seven hearses are parked outside the gate, waiting to ferry the dead to their final places of rest. Within the compound, attendants in white dust coats, green gloves, surgical masks and white gumboots move about. 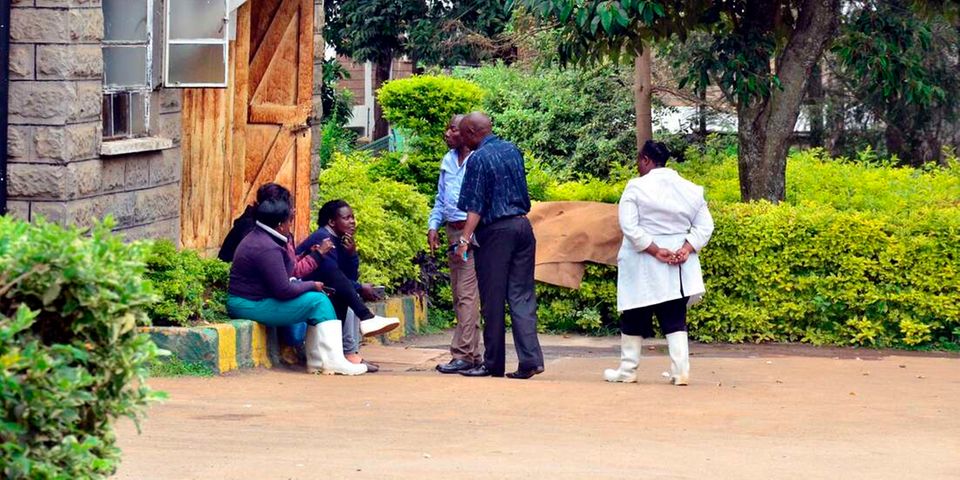 Inside the cold room, some bodies covered by blankets lie on high tables. In the pathology room, a post-mortem is going on, and attendants dressed in blue scrubs and white headscarves are busy.

Muoki walks out of the cold room, rubbing sanitiser on his hands. He has a wide smile plastered on his face. He is on industrial attachment at the morgue, and he is doing the job he loves most. He is an advanced mortuary science graduate from the University of Nairobi.

“I had pursued education at Kitengela Teachers’ Training College. When I told my mother that this is what I would love to do, she gave me two weeks to think it over. When I confirmed that this was it, she said: “If this is what you truly want, then so be it,” says Muoki.

“Many dead family members have been brought here. Every time I accompanied other family members to come and pick a body, I got curious and wanted to know what happens. I didn’t even know that there was a study specially crafted to the goings on of a mortuary,” he adds. 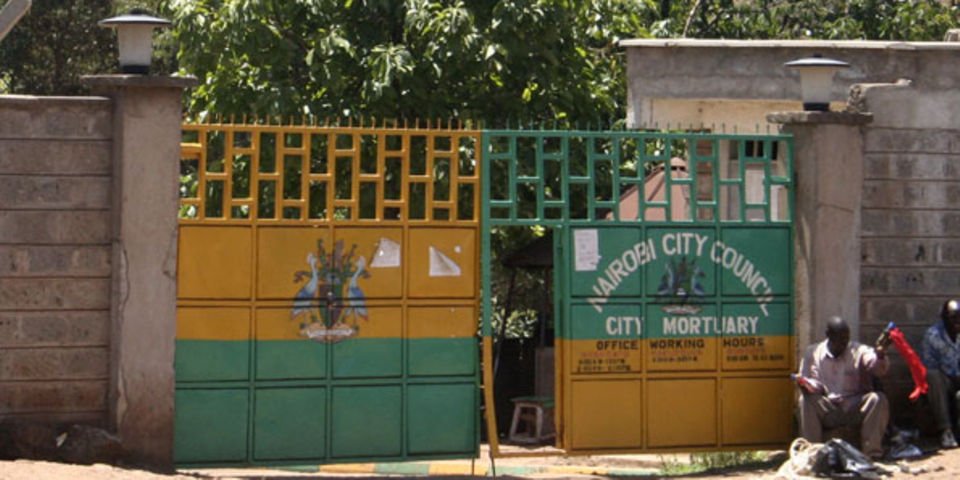 The entrance to the City Mortuary in Nairobi.

He is now accustomed to the stench of decomposing corpses that envelops the area. A woman who has come in to view a body coughs out loud, throwing up her stomach’s contents as she stumbles to a flower bed. Muoki empathises, saying he was the same at first.

Benjamin Shikubu, a 50-year-old morgue attendant advises his interns not to spit when the stench hits their noses, but rather, to inhale deeply and swallow the saliva.

Benjamin Shikubu. He started working at the City Mortuary in 1993. 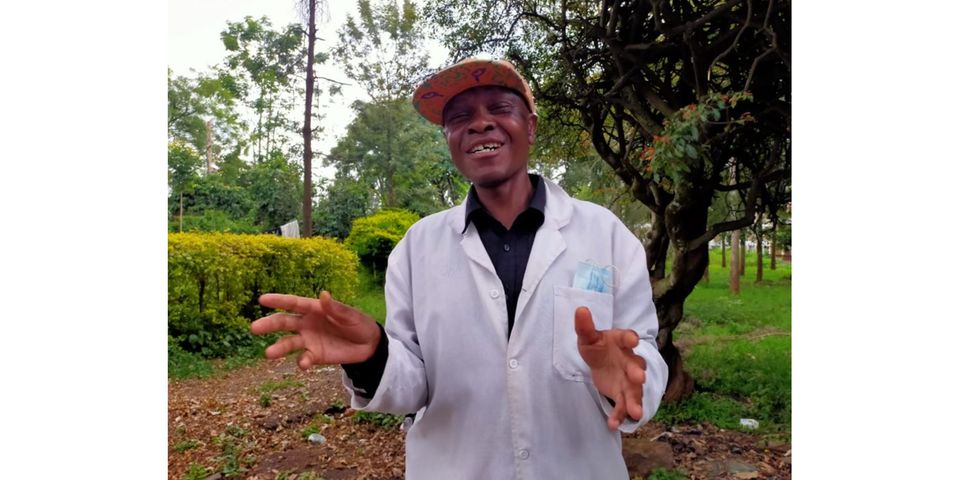 “It helps,” he says, explaining that older men shared this piece of wisdom when he first started the job.

The father of four has spent more than half of his life as a mortuary attendant.

“I joined this morgue as an employee in 1993. I had just dropped out of school in Standard Seven and was looking for a job. The first test that 40 of us were subjected to was lifting the bodies and packing them into the fridge. They wanted to test our courage and ability to withstand the smell. Out of the 40, only 18 of us remained. The rest left,” says Shikubu.

Shikubu, fondly referred to as “Senator” by his colleagues, says that when he first started, he would get frequent nightmares, but that they slowly dissipated. Now he cannot remember the last time he had one.

In his 28 years of being a mortuary attendant, he has seen all kinds of bodies — from the intact to the mangled and swollen.

“At times, when the mangled bodies come, you just have to deal with them, with all the maggots coming out of the body. At times you feel your boots crushing the maggots on the floor, but you still do it. It comes with the job,” he says.

Every day, he reports to work at 8am. He goes through the records to check how many bodies were brought in at night and depending on the numbers, arranges his duties to suit the needs of the day. To keep the morgue constantly running, there are always two people on night duty, in addition to those working during the day.

“I was very scared the first time I was told I would be on night shift. I would almost wet my pants when the lights went off. But I reminded myself that when someone is dead, they can do nothing, and I settled quite fast. Now, I can comfortably sit next to a corpse the entire night,” he says with a smile.

But working in a mortuary has its consequences. A senior official in the mortuary who sought anonymity shares a moment that left him feeling terrible.

“We attended a burial in Murang’a in 2003. We did everything that was required of us. We brought the corpse, off loaded it from the hearse, and all was well until it was meal time, when one person pointed at us and called us the “mortuary people”. After the meal, the utensils that we had just used were thrown on the floor and stamped on by some of the mourners. We felt so humiliated,” he recalls.

It is for this reason, he explains, most of his relatives and friends do not know he works at the City Mortuary, a place where he, like Mr Shikubu, has worked for 28 years.

“This job comes with a lot of stigmatisation from the society. I would rather no one knows,” he adds. His experience greatly differs with that of Muoki, who has told everyone that knows him that he is a mortician.

“So far, I have not lost any friend because of my job. Even if one leaves, then it is still fine, as long as my family and relatives know and are proud of what I am doing.

“When I first told my late girlfriend that I intended to do mortuary science in university, she discouraged me, and I told her that if she was not okay with it then we could part ways. She thought I was joking, but when she realised I was not going to change my mind, she had to support me,” he says.

“I have friends whose partners gave them an ultimatum — either do the course and we separate or forget the course and keep the relationship … of course they chose the former, and they were dumped,” he says.

Women, explains Muoki, have not been left behind when it comes to pursuing the career. In his class of 19, 10 were women.

“You know many think that this job is for men only. In my class, there were more ladies than men. The ladies are no longer afraid of the morgues. They too, can do it,’ he says.

At the City Mortuary, the supervisor of the mortuary attendants is a woman.

“I am their supervisor, there are even more ladies working here than many people think,” she says, refusing to give her identity.

Her sentiments are echoed by the morgue’s senior funeral superintendent, who is surprised at the tilting gender scale that has seen more women than men get hired in recent recruitment drives.

Some days are more emotional than others, says Muoki. His worst day was last year, he recalls, when he lost his girlfriend and his one-year old baby in an accident on Thika road. Having been at post-mortems, he could not bear the thought of his family going through the same.

His second-worst experience was when his friend died in January after being run over by a vehicle, moments after alighting from a matatu in Kitengela. His head was crushed and no one could identify him. The body was taken to the City Mortuary, but Muoki did not recognise his friend. It was not until his family came searching, and showed his photo that he had an inkling his friend’s body might be there. He was positively identified by the clothes and bracelets he wore. Muoki remembers his body going numb. He had actually attended to his friend without knowing.

“My friend had gone missing for some time. When I finally confirmed that it was him, I walked out of the cold room and explained to my supervisor why I could not conduct the post-mortem. I sat on a bench near the gate until the autopsy was done. It was a very harrowing experience,” he narrates.

While studying mortuary science, he was taught the modern ways of preserving bodies and how to perform a post-mortem and establish the cause and manner of death.

“The first post-mortem I ever observed was on a woman who had died of breast cancer. Her body was intact, and my classmates and I gathered around the operating table. When the cover was lifted, the class fell silent in shock. We finally took a lunch break, but we didn’t touch the food,” Muoki explains.

“I remember talking to myself as I sat in a matatu, questioning how insane I was to take such a course. When my mother heard my story, she was ready to take me to another school for a different course. For the first time, I had nightmares. But the next day I woke up energised. It has been that way since,” says Muoki.

Apart from being a mortician, Muoki is also an actor, and has been in local TV soaps and comedies, such as Aunty Boss, which airs weekly on NTV.

Both Shikubu and Muoki say their job is like any other.

“Someone has got to do this job. Even if I die today, someone will have to attend to me. We do not judge those who do not like it, but for those who do, you must be courageous. It is not an easy job,” says Shikubu.

“Nothing scares me anymore, explains Muoki. This morgue is always busy, and I see different kinds of bodies, intact or not. I know that when I get a job anywhere else in the country, I will not be deterred by any circumstances,” he states.

The two encourage the youth who are passionate about the profession to go ahead and make their dreams come true.

“Jobs are available,” says Muoki. “You do not have to tarmac (walk office to office looking for a job),” he concludes.