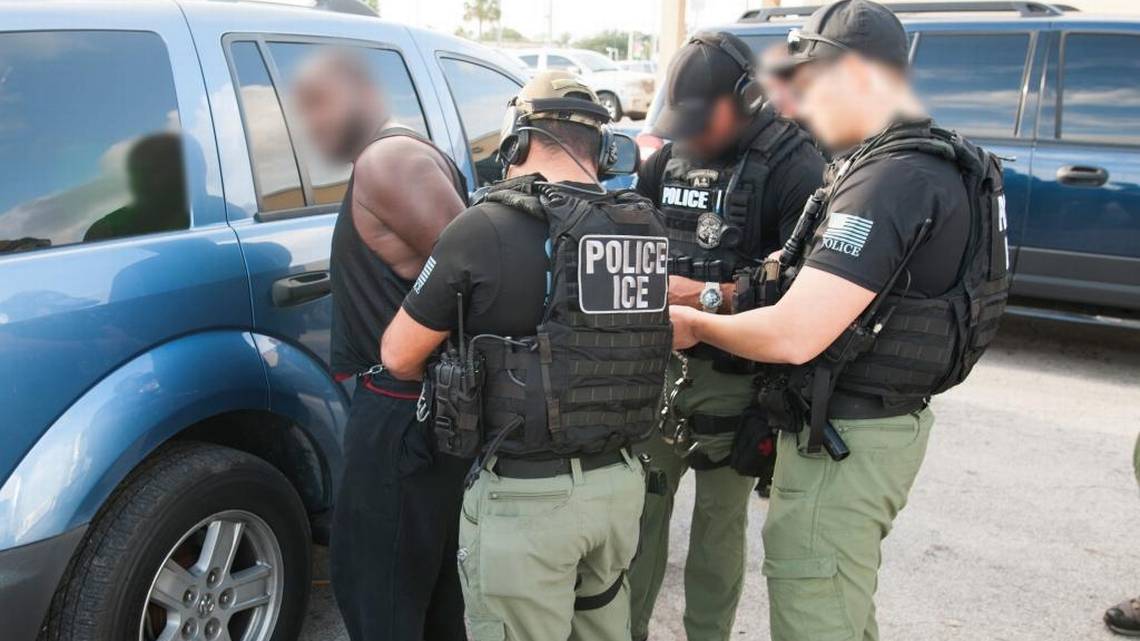 According to witnesses, the charter plane believed to be carrying Somali, Ethiopian and Kenyan deportees made a refuelling stop in Sofia.

Analysts and immigrant support activists believe the deportees were transferred to commercial planes in Nairobi for transfer to other countries.

The Trump administration is continuing to deport African asylum seekers in its last few days before the inauguration of Joe Biden, who has promised a 100-day suspension of deportations, amid allegations of abuse of detainees, insufficient legal protections and inadequate precautions against Covid infection.

There are mounting concerns that there could be a final deportation flight to Africa as late as Tuesday – the day before Biden takes office – as part of a systematic effort by Ice to move as many African asylum seekers as possible out of the country before the end of the zealously anti-immigrant Trump administration.

The last few months of 2020 saw a rise in deportations of African nationals, despite ongoing political and sectarian violence in Cameroon, the Democratic Republic of Congo and other countries to which deportees were returned.

Some of the deportees had open legal cases while others, according to their lawyers and immigrant advocacy groups, had not been given a fair hearing by immigration judges appointed by the justice department.

There were repeated allegations that detainees were forced, sometimes with beatings, into signing documents waiving their rights to further legal hearings. Many of the Cameroonians deported on earlier flights remain unaccounted for after their return.

READ ALSO  I’ve forgiven my wife, says man whose manhood was bitten off by his spouse

Furthermore, Ice deportations have peaked during the coronavirus pandemic, requiring deportees to be packed together at close quarters.

According to the watchdog group Witness at the Border, Thursday’s deportation flight left from an airfield at Alexandria, Louisiana, which has a holding centre run by Ice. That facility currently has 22 Covid positive cases among its inmates.

MW Hancock, a US activist providing support and advice to asylum seekers said detainees in the Alexandria facility were unable to warn their lawyers or family that they were about to be deported because there is no system there for them to pay for outside phone calls.

According to one source there were 50 Somalis, two Ethiopians and a Kenyan being held at the Alexandria Ice centre before Thursday’s flight.

On Thursday night, two buses were pictured alongside the plane, chartered from Omni Air International, which has supplied planes for previous Ice deportation flights. Witness at the Border reported that people in chains were seen boarding.

The plane flew to the Bulgarian capital overnight, and then on to Kenya, landing in Nairobi just after 8am.

“With each deportation to Africa, Ice and Omni take more steps to hide their flights. This time it was under the cover of night,” Tom Cartwright, who tracks flights for Witness at the Border, said. “The other steps Ie and Omni have taken to make these flights as opaque as possible is that they now do not file a public flight plan, not even in the US. They mask the flight number and plane number from public view. All to hide their shame.”

Omni Air International did not reply to a request for comment.

Lawyers and advocacy groups have said there were signs that a final deportation flight to Africa, could be in preparation for the last full day of the Trump presidency, on Tuesday. However, they said Ice was increasingly careful to disguise its moves ahead of flights to avoid legal efforts to stop them, so it remained uncertainty whether this final flight would go ahead.

According to statistics compiled by Witness at the Border, Ice conducted 1,008 deportation flights in 2020, to at least 31 countries in Latin America, the Caribbeanand Africa.

Uhuru: Sonko was incompetent and I instigated his removal from office