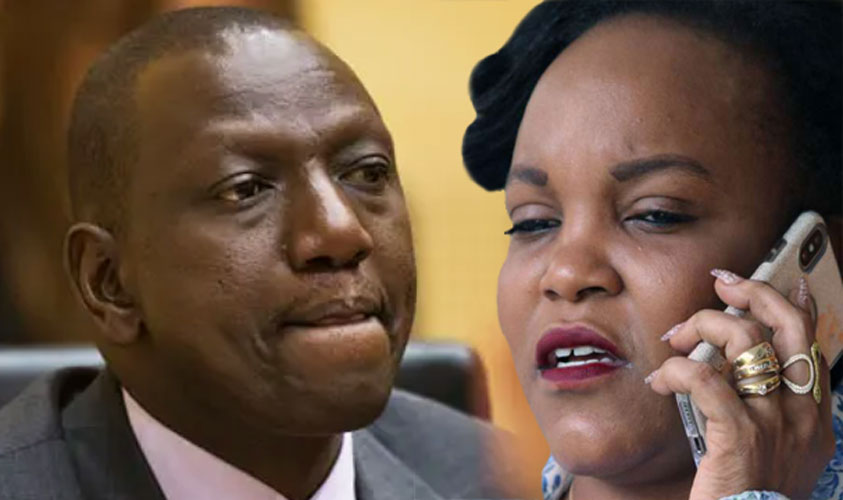 Wangui Ngirici, the Kirinyaga Woman Representative has said she has decided to take a back seat in the DP’s presidential campaigns.

Mrs Ngirici has missed William Ruto’s tour in Embu, Tharaka Nithi, Murang’a and Kericho counties. She has previously been one of the deputy president’s key rooters in the UDA Party.

The woman rep has said she is interrogating her commitment to United Democratic Alliance (UDA) Party and it forms part of her introspection.

This comes at a time when Anne Waiguru, the Kirinyaga Governor also got into the UDA matrix.

Ms Waiguru’s entrance has thrown Mrs Ngirichi off balance. Both Ngirici and Waiguru are eyeing the Kirinyaga Governor’s seat in the 2022 General Election.

Mrs. Ngirici told a local paper that she is weighing the possible outcomes of all political decisions she might make ahead of next year’s polls.

“I’m, however, confident that my supporters will follow me, regardless of the pedestal I’d be standing on,” she said in an interview with a local daily.