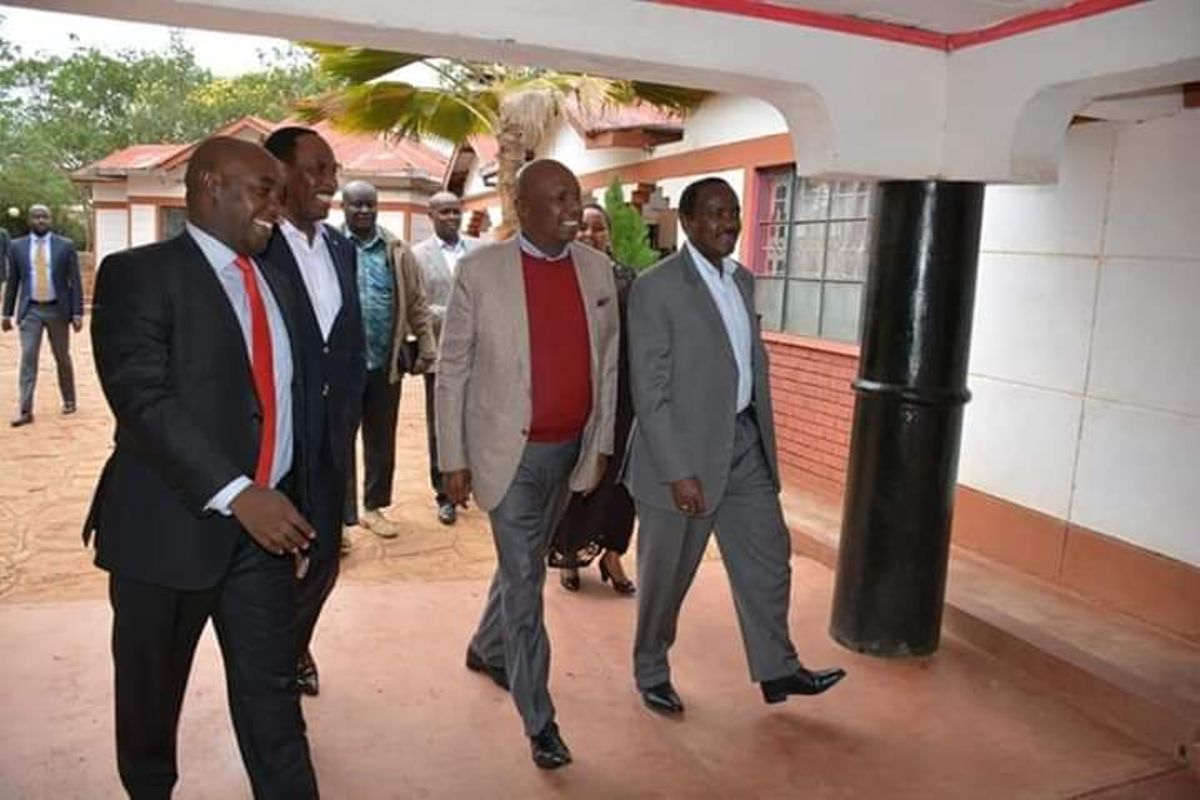 There was drama at the Bomas of Kenya in Nairobi, where Amani National Congress (ANC) party was holding its National Delegates Congress (NDC) after Wiper leader Kalonzo Musyoka and his Kanu counterpart Gideon Moi walked out of the auditorium, after lersning that  arrival Deputy President William Ruto and MPs allied to his UDA party had arrived at the vennue.

The One Kenya Alliance (OKA) principals, including Ford Kenya’s Moses Wetang’ula, were among leaders at the NDC where ANC leader Musalia Mudavadi promised to make an earth-shaking declaration.

The presence of UDA at the event marks the final death of OKA, which has been scrambling for identity even as it struggled to pick its flagbearer in the August 9 presidential poll.

At the Bomas meeting Kimilili MP Didmus Barasa arrived at the venue clad in a shirt bearing the logos of both UDA and ANC, suggesting that the two sides have been in negotiations that could culminate in a coalition between them.

A source within Kanu, who did not want to be named, said Mr Moi was unhappy because Mr Mudavadi had not informed them that DP Ruto would be present at the Bomas NDC, even though they have been together in OKA.

According to the source, the first whiff of rumours that Dr Ruto would attend the meeting came after the three OKA leaders converged at Hemmingways from where they were to proceed to Bomas.

“The boss (Mr Moi) contemplated not going to Bomas but we ruled against it because they wanted to hear it from Mr Mudavadi himself,” said the source.

The group made its way to the venue and confronted the ANC and chose to walk out after the news of the DP’ arrival was confirmed.

The One Kenya Alliance (OKA) principals, including Ford Kenya’s Moses Wetang’ula, were among leaders at the NDC where ANC leader Musalia Mudavadi promised to make an earth-shaking declaration.

The presence of lawyers in full regalia also suggested the possibility of some deal being signed.

It all began towards the end of last year, during the Cleophas Malala tournament in Bungoma County.

Deputy President William Ruto attended the event and when he was asked why he showed up, he responded that the ANC party leader granted him permission.