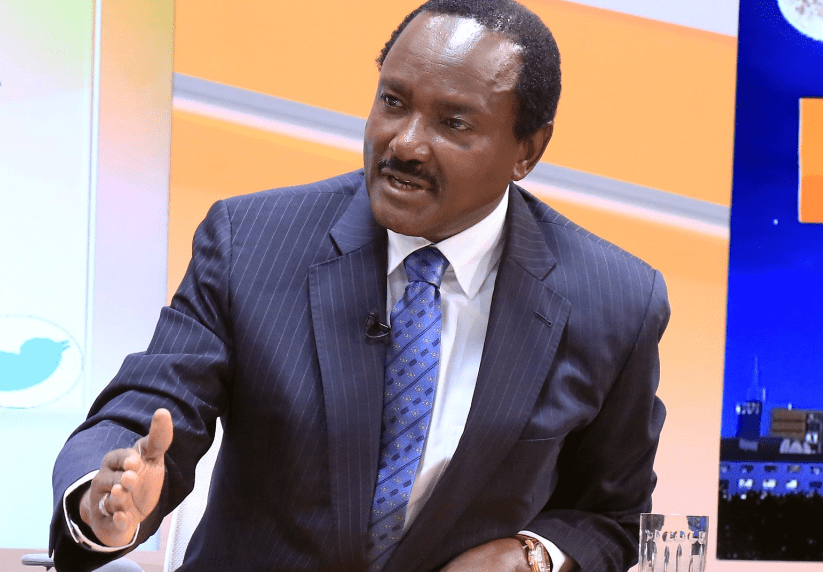 In his ambition to fly the Wiper banner in the August 9 elections, party leader Kalonzo Musyoka may face legal challenges.

To begin with, time may not be on his favor because his party, the Wiper Democratic Movement, will have to leave the Azimio la Umoja One Kenya alliance in order to run in the election.

Snippets of the closely guarded agreement suggest that a political party must give a 90-day notice if it wants to leave the partnership.

This implies Wiper will have to stay with Raila Odinga’s team for at least three months after the election.

According to the Azimio pact, no coalition member can leave six months before the election, and a window can only be created three months after the election.

On Monday, Kalonzo stormed out of Azimio, and Wiper selected him as the party’s presidential candidate, with Andrew Sunkuli as his running mate.

However, because Raila has already been chosen presidential candidate, the former vice president may find it difficult to break away from his coalition.

The odds may be against him, and IEBC insiders have already stated that he may not be cleared to run as a result of the subsequent technicalities.

According to reports, the IEBC will only clear Kalonzo if he obtains a court order allowing him to leave Azimio.

His prospects of being on the ballot are thought to be dwindling as the registration deadline approaches on June 6, with Raila having already chosen a running mate.

Borabu MP Ben Momanyi, a Wiper MP and insider in the ongoing negotiations, was equally clear that the party could not leave Azimio in the current situation. “Wiper is still in Azimio coalition. It cannot withdraw as of now, t current situation notwithstanding. Everything will be ironed out amicably,” he said on Tuesday.

A coalition cannot join another coalition, and a party cannot be a member of two coalitions, according to the legislation.

But Kalonzo’s men insisted on being on the ballot, indicating that Wiper had discreetly selected Kalonzo as the party’s presidential candidate.

The nomination is genuine, according to Makueni MP Dan Maanzo, until the party withdraws it. “We had already presented his name to the IEBC before the signing of the Azimio coalition agreement,” the MP said. “We have many options. We are going to skin the Azimio cat. Why are they not working on a power-sharing agreement?”