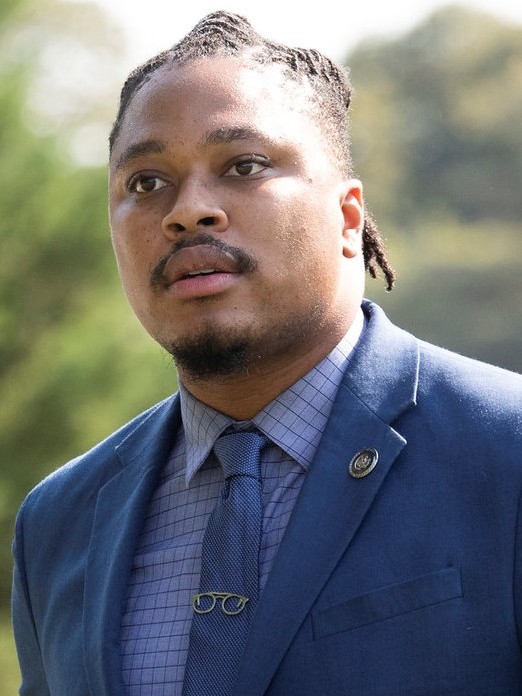 As midterm elections were being held Tuesday, the national spotlight was once again on Pennsylvania, where one of the candidates is Malcom Kenyatta, a member of the Democratic Party, who has served as the Pennsylvania State Representative for the 181st district since 2019.

By the time of going to press, Kenyatta had only garnered 12% of the total votes cast.

The seven-candidate field in the Republican primary has become an unpredictable contest between the two polling leaders, Mehmet Oz, the celebrity doctor who has former President Donald J. Trump’s endorsement, and

David McCormick. A third candidate, Kathy Barnette, a conservative commentator, has come on strong in the final weeks.

The U.S. Senate is currently split down the middle with 50 Republicans and 50 Democrats, and several races across the country are close enough for one of the major parties to net a seat or two, giving them the majority.

Political observers agree that Pennsylvania so far is the most interesting Senate race to watch.

It’s a wide open seat, because incumbent Republican Sen. Pat Toomey decided not to run for reelection. Four Democrats and six Republicans are running in the primary. Many have nontraditional political resumes for a U.S. Senator, or little to no experience running a statewide campaign —  or both.

Kenyatta did not do very well because of what analysts called “strong competitor.”

Born on July 30, 1990, Kenyatta is from North Philadelphia, Pennsylvania.

Kenyatta was born to the late Kelly Kenyatta and the late Malcolm J. Kenyatta, at Temple University Hospital in North Central Philadelphia. He has three adopted siblings. Kenyatta is the grandson of the civil rights activist Muhammad I. Kenyatta.[2]

During college, Kenyatta was also an avid poet and performer.[7][8] In 2008, with the help of theater professor Kimmika Williams-Witherspoon,[9] he founded the award-winning poetry collective Babel, which has twice won the College Unions Poetry Slam Invitational.[10]

Kenyatta has been engaged in community affairs and politics since he was eleven years old, serving as the junior block captain with the Philadelphia Streets program.[12]

Kenyatta has worked as a community activist, specifically around issues of poverty, which he has called “the moral and economic issue of our generation.” He worked as a political consultant on multiple state and local races, most notably as the campaign manager for lawyer and activist Sherrie Cohen,[13] the daughter of longtime city councilman David Cohen, in her 2015 bid for the Philadelphia City Council.

Kenyatta backed Joe Biden in the 2020 Democratic presidential primaries and has been critical of Bernie Sanders.[14] He does not support an immediate transition to Medicare for All, noting that he would support interim bipartisan measures instead.[15] Kenyatta supports abolishing the United States Senate filibuster.[16]

Kenyatta was one of 20 electors selected by the Pennsylvania Democratic Party to vote in the Electoral College for Joe Biden and his running mate Kamala Harris in 2020 United States presidential election.[20]

In December 2017, Kenyatta announced his campaign for the Pennsylvania House of Representatives[21] to replace the long-serving incumbent Curtis Thomas.[22] He won a five-way Democratic party primary election in May 2018 with 42.1% of the vote.[23] The night of the election, unidentified people set up homophobic posters of him and his ex-husband throughout the district.[24]

Kenyatta won the general election in November against Republican opponent Milton Street with 95.3% of the vote.[25] The win made him one of the youngest elected State Representatives in the Commonwealth of Pennsylvania and the first openly-LGBTQ person of color elected to either chamber of the Pennsylvania General Assembly in the state’s history.[26]

Kenyatta was the subject of an award-winning documentary, Going Forward,[29][30] which followed his 2018 victory.

The Philadelphia Tribune called Kenyatta one of Philadelphia’s most influential African-Americans.[31]

In 2020, Kenyatta was named an OUT 100 Honoree by OUT Magazine, their annual list of the most “impactful and influential LGBTQ+ people”. In the same year, he was awarded the Sen. Tammy Baldwin Breakthrough Award.[32]

Related Topics:KenyattaMalcom Kenyatta
Up Next