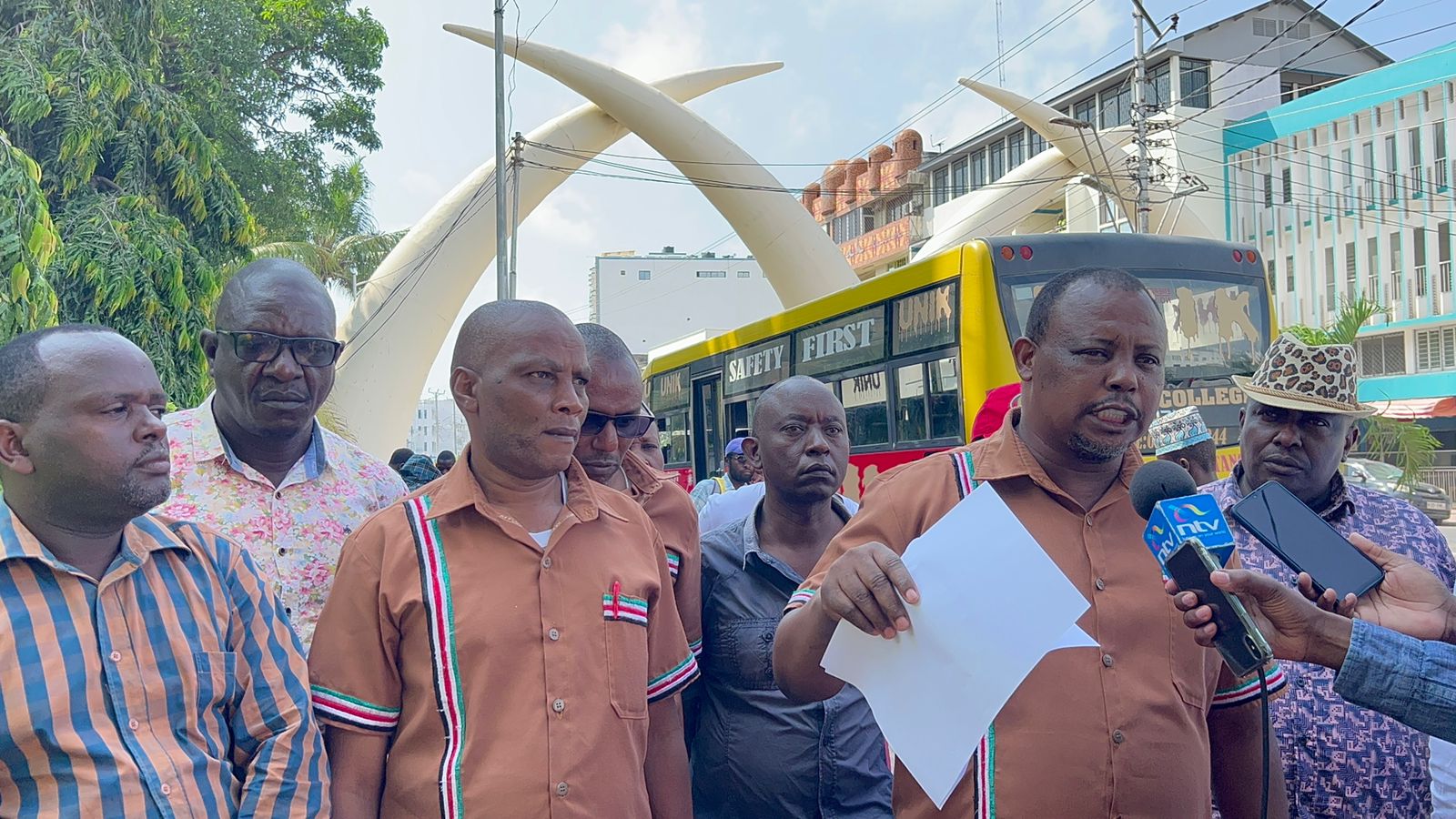 Addressing the media in Mombasa, they asked Raila Odinga who is the presidential flagbearer of Azimio La Umoja One Kenya Coalition to embrace equality and representation.

They said Sonko has the constitutional right as a Kenyan to vie for any seat anywhere in the country.

Led by the Kikuyu Council of Elders chairman Henry Wanyoike asked Mr. Odinga not to handpick a preferred candidate e in Mombasa but should let all Azimio candidates contest and Kenyans decide.

“No one-party show, no six-piece calls. Let people be given the right to choose who they want as their leaders. We are all stakeholders but belong to different political parties and we have different interests,” said Wanyoike.

The council chairlady Phyllis Karuga called security organs to be on high alert as they have information that some youth have been approached, given Sh1,000 each, and instructed not to allow Sonko to step into Likoni.

“People are shocked by the storm of Sonko in this race and some have gone to an extent of intimidating and humiliating to step down which we are fully against. Businessmen in Mombasa have been harassed for the last 10 years. Too high levies that make no business sense. Businesses end up making losses. And we are asking Sonko to fix this once he steps into the office,” she said.

She further noted that construction industry players have been forced to part with flats or floors to get approval for their building plans which has chased away investors who now flood Kilifi instead of Mombasa.

They said once Sonko assumes office in August, drainage systems in Mombasa which have failed for ages will be a thing of the past.

“A little downpour and flash floods are seen everywhere. This disrupts businesses and clients cannot access business premises whenever it rains. Same for households,” she concluded.

They said Sonko provided over 15,000 jobs for youths in Nairobi and would him implement the same in Mombasa to combat the perennial insecurity brought about by joblessness.