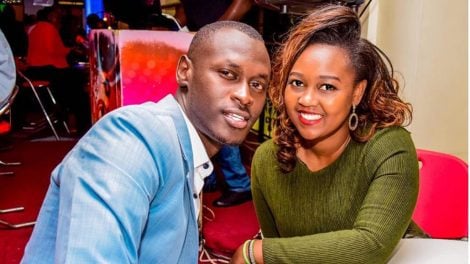 Rapper King Kaka has forgiven the doctors who misdiagnosed him.

Speaking in a radio Interview with Mseto East Africa, King Kaka shared that he fell sick and went to a hospital and was given the wrong medication.

“I fell sick like four months ago, the judgement of the doctor was wrong. I was given the wrong prescription and so they medicine started eating me up slowly and so I started losing weight.”

Asked if he has taken any legal action against the doctors, Kaka said;

“I forgave them. I forgive easily and I started to seek treatment elsewhere. Sometimes people don’t plan to make a mistake. So I left them and decided to find another solution.”

Kaka thanked his wife Nana Owiti, family and close friends and all the medical practitioners who stood by his side.

“My wife has really fought and remained strong for me. Just having a strong partner is very important. She gave me the courage to keep me going. Since we started dating, there have been different temptations but we had not gotten this far.

I have seen the side of her that I never saw before. Everything in life is a blessing.”

He encouraged people to always be grateful for life.

“I was wheeled in the hospital and even I could not eat. Let us not take anything for granted.”

King Kaka has been highlighting his recovery journey and he said he has added some weight. He is recovering from home and said he last weighed 74 kg.

Other celebrity who has been diagnosed is Jimmy Gait.