Why more and more women are taking bhang 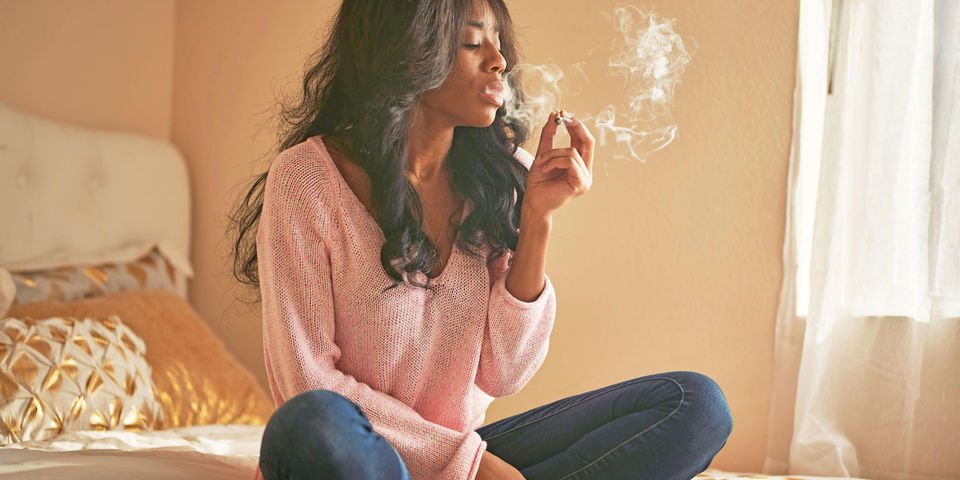 For centuries, women have passed on great baking recipes from one generation to the next. Cookies, cakes and other delicious baked goods have always been recipes women share.

But now, there is a baking recipe that is whispered among young women, one that includes a not so secret but special ingredient: marijuana.

The cannabis startup, despite being illegal, is appealing for many young women and it is a fast-growing industry because of the low-cost opportunity of entry. The readily available market is also an attraction.

Marijuana is no longer associated with naughty high school students. It is now appealing to older men and women who get them from their marijuana entrepreneurs.

Traditionally, young men have been the target market but now more young women are smoking weed and eating marijuana-laced products.

Anna Moraa*, who sells cookies and other ‘edibles’, says it is a lucrative business she does to make some income on the side. Her clients are mostly female.

“It all started in college. You know how it is being broke in college and you need some extra income. After school, my clients kept asking for the stuff and you have to give the people what they want,” she says.

She bakes in the evening and sends a rider to deliver her merchandise whenever her clients place an order. “When they order during the day while I am at work, I ask my sister to deliver through a rider who will be paid by the client. Most of my deliveries are usually in the Kilimani, Kileleshwa and Lavington areas. I have set the minimum orders I can take. For example, I sell six cookies for Sh500,” she adds.

Moraa changes her marijuana supplier, depending on the price and quality of weed supplied. Some of her suppliers have increased the price of a bag by close to Sh500, forcing her to switch sellers.

“Thirty grams of weed, which was called a G bag, is a little costly because it now sells for Sh1,500 because there was a crackdown. Since then some suppliers have refused to lower their price but the cheapest you can find is Sh1,200. I do not prefer the cheaper ones because they are not good for baking. If I use the cheap ones I will then have to use more Cannabutter (a combination of cannabis and butter) for the cookies to be ‘strong’,” she says.

Moraa says she gets her clients through word of mouth and some of her most loyal customers have been with her for five years.
She agrees to introduce us to her client who spoke on condition of anonymity. The client says she found out about Moraa through a mutual friend and has been buying cookies from her since.

“I was at a party at my friend’s house. My friend bought edibles (weed-laced cookies) and I enjoyed them, so she referred me to her friend. From then on I have been ordering from her,” says the client.

The client, however, gives us an insight as to why she and many women are either eating weed-laced baked products or smoking them.

“Forget about that relaxing feeling or being high. For me, weed has done wonders for my sexual experiences and I now rely on it more than ever,” she says.

Although she smokes the drug from time to time, she prefers edibles because they are more discreet and do not have the smell that comes with smoking.

While she is aware of the side effects associated with the use of marijuana such as anxiety, impaired short-term memory and paranoia she maintains that she is not quitting any time soon.

“I also use weed for painful period cramps and I have noticed major benefits because I stop cramping a few minutes after ingesting it,” she adds.
In the early 90s, scientists discovered that humans have what is called an endocannabinoid system. That system is what interacts with cannabinoids when we consume the still-controversial cannabis plant.

The plant has more than 110 cannabinoids, like THC, the compound that gives you a head euphoria, and cannabidiol (CBD), which does not have psychoactive effects, but produces a body euphoria.

Depending on how much THC is in the cannabis, how you use it and how your body responds, the short-term effects of cannabis can last around one to four hours. There are different types of cannabis and the effects depend on the amount of THC it contains.

According to the World Drug Report of the United Nations Office on Drugs and Crime, cannabis is the most trafficked drug in the world, with over 190 million users. Despite being illegal in all East African countries, cannabis remains the most planted and seized drug. In Morocco, marijuana is also illegal, but quasi permitted by the government. It fuels a US$10-billion industry that employs at least 800,000 people.

Dr Peter Owour, a cardiologist, says compared with tobacco, marijuana smoking causes a fivefold greater impairment of the blood’s oxygen-carrying capacity. He adds that edibles are also a possible cause of a heart attack, especially when high doses of the active ingredient THC are consumed.

“But just because cannabis use is becoming more mainstream, people should not lose sight of the fact that marijuana is still a psychoactive drug. Any substance use comes with risks to your health,” he says.

Marijuana use affects women more than it does men and The American College of Obstetricians and Gynecologists has stated that women should be discouraged from using marijuana preconception, during pregnancy and lactation.

It notes that while the research done so far has limitations, there are worrisome trends that suggest a risk to foetal development. The study further notes that women who use marijuana report “significantly” more dizziness after smoking, have greater changes in blood circulation, and seem to have more visual-spatial impairment while high.

The same review found women are more likely to use marijuana to ease anxiety.

READ ALSO  Where is the vaccine? Kenyans ask

An Australian study, which followed 1,601 students however found those who used marijuana at least once a week when they were 14 or 15 years old were twice as likely to develop depression seven years later.

Young women who smoked marijuana daily were five times as likely as non-cannabis smokers to develop depression in that same period.

According to a study from Johns Hopkins University, women may be more likely than men to get anxiety-related symptoms from occasional cannabis use.

The researchers were looking to see if there were any notable differences between men and women when it came to the side effects of occasional cannabis use. They were also interested in exploring this in the context of non-smoked methods of cannabis like edibles and vaping.

Previous research has looked at differences between men and women on cannabis use, but studies on occasional users or non-smoked methods has been lacking.

The study reported that women had higher feelings of anxiety, restlessness and heart racing. Interestingly, women were more likely to report feeling their heart racing, even though their heart were not beating at higher rates.

Another study by Walker Holloway on the role of the endocannabinoid system in female reproductive tissues found that large quantities of THC inhibit ovulation and moderate or heavy users of marijuana seem more likely to present with infertility related to ovulatory disorders.

Dr Andrew Suleh, a renal specialist, says the immediate effects of marijuana depend on the potency of its main active chemical, THC. THC affects areas of the brain that are involved in important functions such as memory, concentration, and coordination.

He adds that the time when the person gets high depends on several things, when marijuana is smoked, the effects can usually be felt within seconds after inhaling and last about two to three hours.

Marijuana is absorbed by fatty tissues in various organs of the body. THC usually can be detected in urine several days after marijuana has been smoked. If marijuana use is heavy, THC may be found in urine for weeks after use has stopped.

Dr Suleh says marijuana should not be used recreationally or as a mood elevator because of the side effects. But, he adds that it can be used for medicinal purposes only for chronic pain and other reasons.

READ ALSO  I'm grateful for each day that I'm alive

Marijuana is not all bad, according to the Pharmaceutical Society of Kenya (PSK). PSK wants Parliament to amend the law to ensure controlled production and supply of cannabis because it is a matter of both improving public health, and ‘accepting the reality’. The ban on cannabis denies patients access to its medicinal value, they argue.

Following the introduction of the Marijuana Control Bill in 2018, the PSK interrogated the medicinal benefits of cannabis and the necessary regulation that would accompany non-prohibition of its supply for medicinal use.

The society recommends implementation of the provision in Section 3 Subsection 3 of the Narcotics and Psychotropic (Control) Act of 1994, which permits medical practitioners, dentists, veterinary surgeons, registered pharmacists and people with cannabis prescriptions to possess cannabis for medical purposes.

PSK chief executive, Dr Daniella Munene, says they only advocate medicinal marijuana. She does not recommend recreational marijuana because no drug should be taken recreationally or for the intention of getting high.

“The drug is addictive, impacts on cognitive functions and alters someone’s reality. If not taken to alleviate pain or other medicinal benefits, then we cannot advocate that sort of use,” she says.

The World Health Organization had in January 2019 recommended the rescheduling of cannabis and cannabis-related substances under the International Drug Control Conventions.

In submitting their recommendations, WHO indicated that upon review of the chemical composition of cannabis, it had noted that the drug has delta-9-tetrahydrocannabinol (Δ9-THC) as the principal psychoactive constituent and many other CBDs that are not psychoactive.

When the non-psychoactive components of cannabis are extracted and subjected to a controlled pharmaceutical process, the drug so produced may be used in the treatment of several ailments including chemotherapy-induced nausea and vomiting and sleep disorders.

Dr John Weru, an assistant professor and consultant palliative medicine physician at Aga Khan University Hospital, says any discussion on the medical use of marijuana and or its extracts must aim to have the law align to this requirement.

“The plant contains cannabinoids, which have been subject to scientific research that has shown they are beneficial. The most compelling evidence of the positive outcomes of the use of cannabinoids is their effect on pain control and appetite stimulation and thus weight gain in patients suffering from life-threatening illnesses such as cancer and Aids,” he says.

The US Food and Drug Administration has approved pills that contain THC for cancer patients who have nausea and vomiting and for patients diagnosed with Aids, who have a low weight or lack appetite.

VIDEO:I was a high-end stripper in America – Mercy Atis of ‘I don’t give a damn’ hit