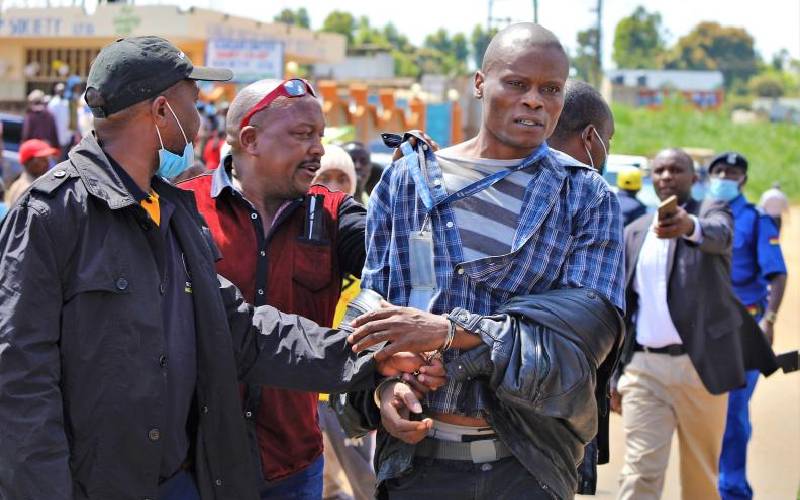 Mwangi Muiruri, a journalist with Nation Media Group was roughed up by deputy president William Ruto’s security detail during a function at Kangari market.

According to Ruto’s spokesperson David Mugonyi, Mr. Muiruri was taking videos and when he was asked to move aside by the security detail, the reporter rather resorted to abusing them.

“This prompted the local police to arrest him,” Mugonyi said.

The Murang’a based journalist was roughed up when as he took photographs of the deputy president during the official opening of Kangari United Dairy Cooperative Society.

Ruto had attended a church service at African Christian Church and School (ACC&S) at Kangari market.

The problem started when Mr Muiruri was asked by a plain cloth policeman in the security detail to explain why he was taking the photograph and videos but before he responded, he was frisked out by the police.

“I just asked the officer why he was interfering with my work as I was recording a video. Instead, he pushed out of the dairy society compound, roughed up before I was handcuffed,” the journalist said. 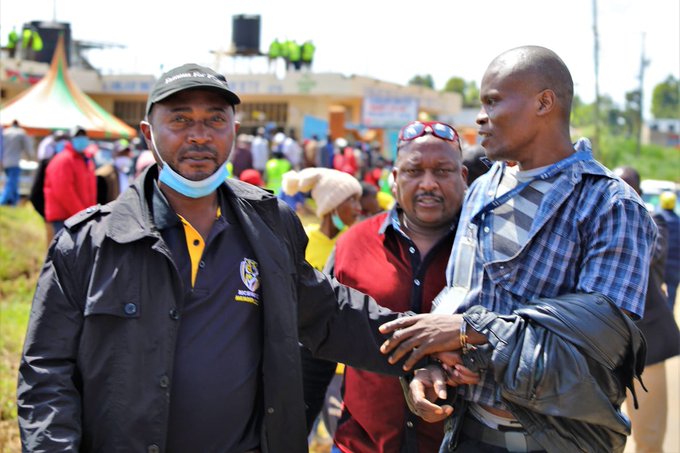 NMG journalist Mwangi Muiruri arrested while covering DP William Ruto’s event at Kangari in Murang’a. He was roughed up and his press card was destroyed. Photo: Joseph Kanyi

Mr. Muiruri was later booked at Kangari Police Station which prompted other journalists to camp at the facility demanding his release.

The journalist was later released.

READ ALSO  Indians Are The Most Networked Group Of Immigrants In USA.
Related Topics:Mwangi MuiruriNews
Up Next