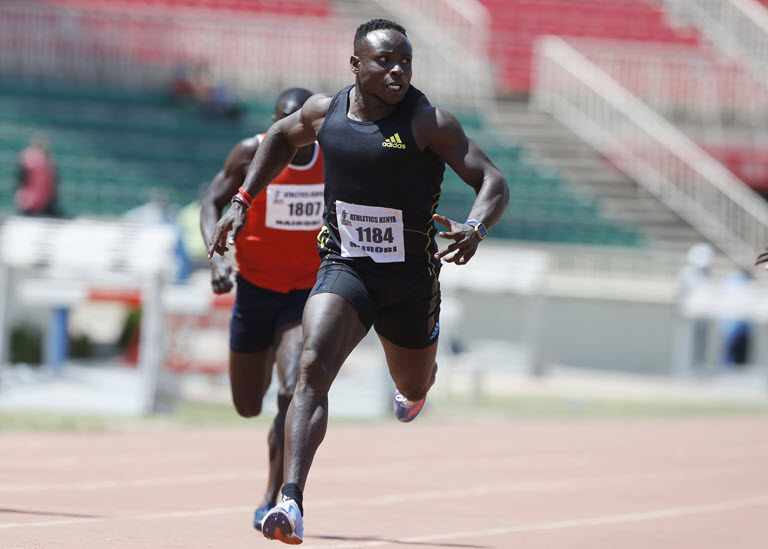 The fastest man in Africa, Ferdinand Omanyala, is facing a stressful ‘race’ against time on Wednesday as he awaits a US visa to attend the World Athletics Championships.

“Sad that I haven’t travelled to Oregon yet and 100m is in 2 days. Visa delays!!” the 26-year-old Kenyan sprinter posted on Instagram.

At the world championships in Eugene, Oregon, Omanyala, who set the African 100m mark of 9:77 in September of last year, is scheduled to compete in Friday’s heats.

This season, he ranks behind Americans Trayvon Bromell and Fred Kerley as the third fastest guy in the world.

“We are anxiously waiting for the US embassy to issue visas for a number of athletes, including Omanyala. Hopefully they will be able to fly out today,” Athletics Kenya executive member Barnabas Korir told AFP.

The number of athletes who were impacted is still unclear.

Omanyala is also scheduled to participate in the Commonwealth Games in Birmingham, England, which open on July 28 and end on August 8.

“I have remained with the TM and we are still waiting to hear from them. They told us they would be calling us and so it is just a matter of time. Of course it is worrying because my first race is on Friday and this is a long flight,” Omanyala told Capital Sport.

He adds; “It takes almost 22 hours to get there and as a sportsman you need sometime to rest and also train a bit to shake the jet lag. Looking at all circumstances and my first race being on Friday, I am just hoping I can leave today (Wednesday) so that I get there Thursday night and rest up a bit.”

I am not gay: Eric Omondi