Why peace is elusive in Kerio Valley 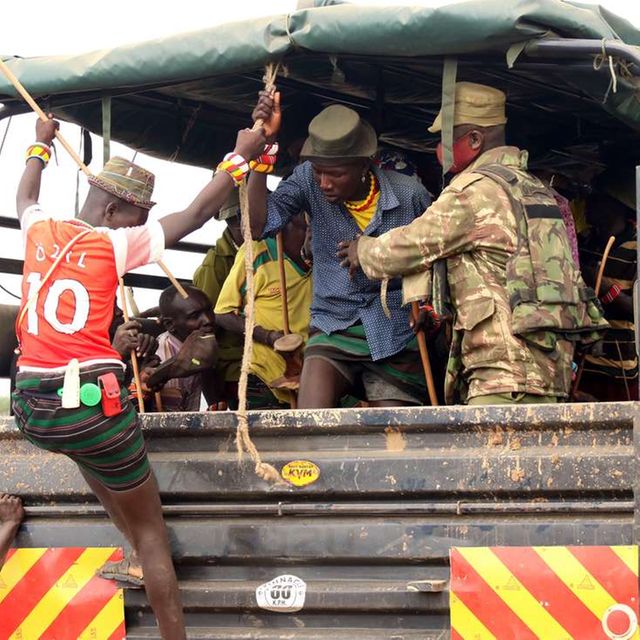 The insecurity-prone counties in the North Rift continue to experience armed conflicts despite repeated operations by the government to recover illegal guns and flush out bandits.
Thousands of guns and ammunitions are flowing across the Kerio Valley region as suspicion among the warring pastoral communities heightens.
“Armed criminals are acquiring more sophisticated weapons and the attacks are no longer about cattle raids or banditry activities but now targeting businesses and looting property,” said Wilson Kaino, a resident of Embobut, Marakwet East sub-county.
The Kerio Valley is occupied by the Pokot, Turkana, Marakwet, Tugen, Illchamus and Samburu.
The government has done many operations in the past and is currently conducting one.
But the rough terrain has proved as the main challenge to security teams involved in the crackdown of the criminals who take cover in caves in Silale, Nadome, Suguta Marmar and Tiaty hills.

“These areas are difficult to access because there are no roads, temperatures are very high for non-locals making it an uphill task for those carrying the operations to the advantage of the bandits who are used to such an environment,” said Richard Chetotum, a resident of Kapedo.
“There is no way disarmament will succeed in this region if the security agents sell the recovered firearms back to the people terrorising us here,” added Yvonne Kichidi Apolo, another resident.
The bandits who stage daring attacks in Kapedo escape using the notorious Lokwachula “corridor” towards West Pokot County and end up in Uganda where they take refuge until disarmament operations end.
“Some of these criminals could be hiding in Suguta Valley or are in West Pokot on their way to Uganda,” said Baringo Governor Stanley Kiptis while calling on the government to deal firmly with the criminals. “What needs to be addressed is criminality in this area, these are criminals with sophisticated weapons. One time we indicated that disarmament be done, even the area MP accepted. Why can’t we look for a mechanism of disarming these people?”
“Let us deal with the issue of insecurity here, let us put sideshows aside, it has been an issue since 1920s, tactics have changed now, they are currently engaging in robbery with violence, they have gone a notch higher, killing without taking anything, like killing of that GSU, was there cattle?” he added.
Unlike other areas where the locals are recruited as NPR to back up the national security team, there is no such arrangement in Kapedo to guide the military.
Politicians from the warring communities are being accused of dishonesty pertaining to illegal arms for the sake of protecting their citizens.
By Nation

READ ALSO  Money made my husband ditch me, says Kangogo victim’s ex-wife
Related Topics:
Up Next