Why Ruto walked on Yellow instead of Red Carpet in Ethiopia Every time they attend a celebration, dignitaries like presidents and famous people receive red carpet treatment.

Ethiopia’s custom of using the yellow carpet dates back to June 2021, when Prime Minister Abiy Ahmed suggested alterations to how visitors were welcomed in the country of Eastern Africa.

The 2019 Nobel Peace Prize at the time felt that Ethiopia needed to use its history to welcome its visitor.

The yellow blossom is surrounded by a mix of green leaves. Around September 11, when the nation celebrates its New Year, it mostly blooms.

The color yellow, which stands for peace, optimism, and love, is very significant in Ethiopia. Their flag also features a lot of the color yellow. 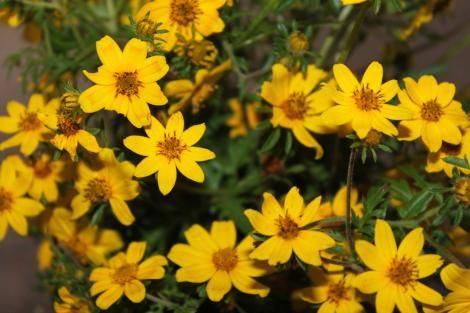 “Bidens macroptera ( Adey Abeba) is known only from Ethiopia. It grows on rocky mountain slopes and in grasslands, forest margins, and open places in ericaceous scrub; rarely, it is found along roadsides.

“Bouquets of these flowers are often presented to families or friends as gifts. Together with grasses and sedges, they are also used in decorating the floors of homes,” Encyclopedia states.

Following the PM’s suggestion, a number of establishments, including hotels and airports, swapped out their red carpets for Adey Abeba carpets to honor their ancestry.

Since then, visiting presidents have received the yellow carpet with green accents, including former head of state Uhuru Kenyatta who visited the nation last year.

Related Topics:EthiopiaNewsPresident William Ruto
Up Next