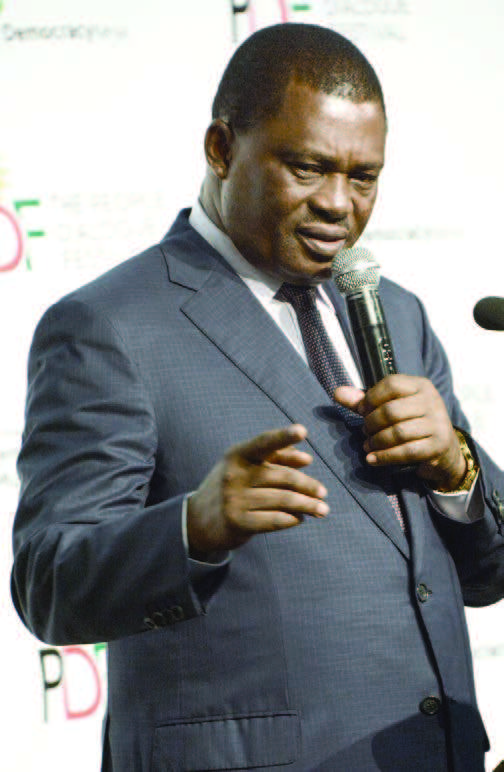 The Speaker of the National Assembly Justin Muturi has said he is not worried about being ousted from Jubilee Party.

This comes after secret plans by the Kieleweke Team to remove him as House Speaker in the next Jubilee Party’s National Delegates Conference.

Close aides to the Speaker said they knew the secret ouster was from a perceived association with Deputy President William Ruto.

“We know why they want him out of the position; it is because of his association with the Deputy President. However, we are not worried about this because we are sure this will help him shed off the tag that he is a project of Uhuru and Raila,” a source told a local daily.

It is reported that the leaders have been collecting signatures from MPs mainly allied to the Kieleweke wing which supports the Handshake between President Uhuru Kenyatta and Orange Democratic Movement (ODM) leader Raila Odinga.

“We know the move to collect the signatures is currently going on and they are targeting the Kieleweke team which supports the President. We are ready for them,” said a senior member of the Muturi campaign group.

Most Jubilee Party leaders in the National Assembly said they did not know of the plans.

Amos Kimunya, the National Assembly Majority leader said he was not aware of any scheme to remove the Speaker and neither had he received instructions from the party or its leadership.

“I am not aware of of any attempt to remove Speaker Muturi. I suspect the peddlers of the story are trying to shift attention from the Jubilee revitalisation and NDC,” Kimunya said from Nigeria where he’s attending a meeting.

In May, Speaker Justin Muturi was controversially coronated as Mt Kenya region spokesman at the Mukurwe wa Nyagathanga shrine in Murang’a County.

Muturi has announced his intention to vie for the presidency on a Democratic Party ticket.

Speaker Muturi has in recent months been traversing the country selling his agenda.