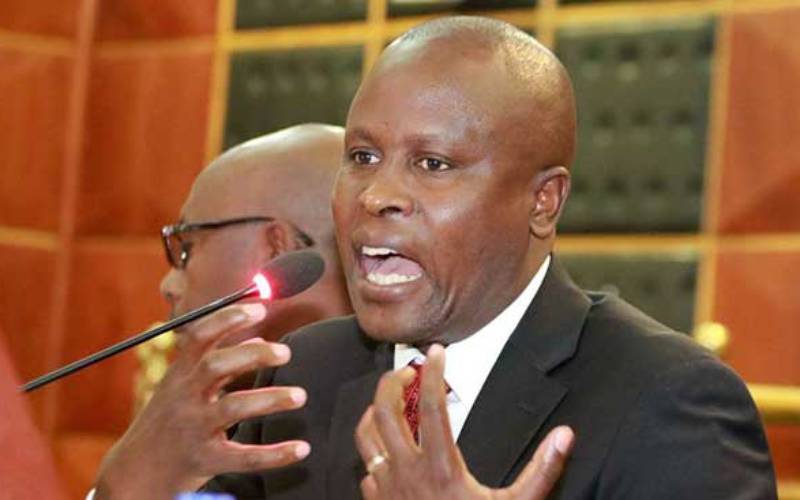 Kieni Member of Parliament (MP) Kanini Kega, whose birth name is James Mathenge Ndung’u, has explained the origin of his political name and why he decided to adopt it in his political career.

During an interview on Citizen TV last night, the National Assembly’s Budget and Appropriations Committee chairman said he was given the name by the electorate when he first showed interest in the Kieni parliamentary seat at a young age.

“I got the name Kanini Kega during the campaign period ahead of the 2002 General Election. I was the youngest aspirant, and most of the voters found me promising. The electorate liked me and so they called me young and good,” the lawmaker said.

According to Kanini in a past interview, he ceased using his real name after it cost him the parliamentary seat twice, before his ultimate win in 2013.

“I lost twice because my supporters could not find my nickname on the ballot, instead the voters found my real name; James Mathenge Ndung’u and ended up voting for other people,” he said.

“Most people who knew me before I rose to fame are the only ones who know me as Mathenge. Kanini Kega has been my name in the political arena,” he added.

READ ALSO  ‘I wish to die with my children’: Women’s mental health amid Covid
Related Topics:James Mathenge Ndung’uKanini KegaNews
Up Next