Why Ukoloni in Kenya exists to this day 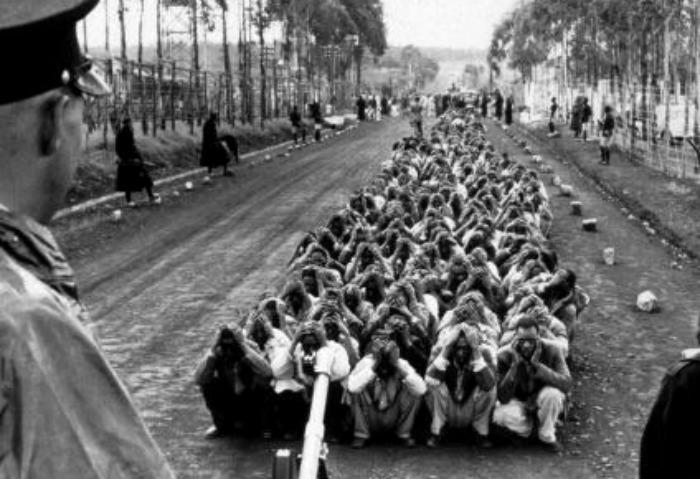 The rationale for self-determination and decolonization of African countries in the late 1950s and mid-1970s was contoured and initiated in pursuit of cultural, psychological, and economic freedom for indigenous people. This ideal was more vivid and articulated by three visionary leaders in Africa. In West Africa, President Tolbert of Liberia and Nkrumah of Ghana exemplified the vision of free people. In East Africa, Kenyatta and Mwalimu Nyerere remained unflinching in the face of British intransigence to relinquish power to indigenous people.

As a college student in Iowa, I canonized the remarkable intellect and oratory skills of Jomo Kenyatta. As a lawyer trained in the United Kingdom and the United States, I revered Kenyatta as a pioneer and reservoir of African human rights and equality among all peoples—a principle rooted in Judeo-Christian tenets. Kenyatta railed against white settlers’ bourgeoisie culture and advocated a doctrine of personal and entrepreneurial efforts, symbolized by his slogan “Harambee,” “Pulling together.” Fifty-eight years later, Kenya remains entrenched in three of the most disparaged old white settlers mentality;

Domestic servants formed a quarter of the Kenyan workforce—over one million Kenyans are domestic workers in Kenya, many of whom come from impoverished backgrounds. A Domestic housekeeper or maid typically earns between Ksh 10,718 and Ksh 26,401 per month ($45 to $80). While their masters or employers expect them to clean, cook, and care for their children, some maids go months without getting paid. In 2008, ABC ran a story where a prominent woman who worked for an international humanitarian organization and ran for public office only paid her maid, fraction of her pay ($45) every three months.

Maid services is not a new phenomenon—it is as old as antiquity. The issue is fundamental rights, how it is sourced by the employer, the master, and how fellow Kenyans are treated. As a West African, a Liberian, a human rights lawyer, and a Christian, I have been dismayed by how Kenyans’ cling to maid services as a form of societal elevation normalizes abuse and subjugation. This mentality is ingrained in younger and older generations. Kenyans who migrate to the US often import maid services from Kenya. The treatments dished out by their Kenyan masters make one wonders whether they believe the Christian values they profess, which stipulate that we are all created equal.

Nothing is more intrinsic in younger and older Kenyans’ physic than the old residual bourgeoisie or master status mentality from the British era. “Most Kenyan” parents endeavor for their daughters to marry the son of a prominent politician, a businessperson, an academic, or into wealth. Most Kenyan parents who are curious about their daughters’ romance or romantic life often ask, “what do his parents do? Who are his parents? Do they come from prominence?” In my native Liberia, the opposite is clear. Our parents are least concerned about the master status of their daughters’ suitors or the prominence of their parents. Our parents are more concerned about their admirer’s potential, faith, and love for their daughters.

In 2005, I met the love of my life, Chelagat K, one of the most celebrated, erudite Kalenji female intellectuals. Chelagat was a young nurse at Good Samaritan Hospital in Phoenix, Arizona. I was a patient transporter at the bottom of the pecking order on the organizational chart. Her smile ignited and radiated a beautiful soul within her. After spending a year in East Africa, Kenya, and Tanzania, I moved to Phoenix as an Advocate with Refugees International, a leading organization for refugees in Washington DC. I asked Chelagat out on a date, and after weeks of contemplation, she decided to give me a chance.

I was a Liberian refugee who migrated to the US in 1997. My father and mother were not prominent figures in Libera. I did not tell Chelagat about my background, and neither did she ask about who I was or what my parents did. I briefly talked about my grandmother and how I adored her. She saw a good soul in me, someone who adored her and someone who loved Christ. I asked Chelagat if she would take me to Kenya to meet her parents—she was a bit hesitant—later, she promised to take me but would defend me if the need arose. Two months into our courtship, I was offered law at Cambridge and Oxford Universities. When I pressed her 15-years later why she was hesitant about meeting her parents—she said my parents would have been disdainful about your background.

In 2021, I finally had the great honor to meet Chelagat’s mother in the United States. During one of our conversations, she poured out her heart and educated me about the presumptuous culture that still exists in Kenyan homes and is endemic among Kalenji men. Women are considered second class in their own homes and expected to be the breadwinners, house cleaners, babysitters, and sex objects at night. Mama Chelagat said this behavior perpetuates a culture of laziness, disrespect, cruelty, and promiscuity. This conduct is more pronounced among Kalenji men living in the United States. What baffles me is that these Kalenji women are supremely educated in western countries and professional wives. Yet, they allow their husbands to turn them into mere maidservants and subject them to humiliation.

In the last five years, the killing of Kenyan women by their spouses is a case in point. I have read that Kalenji men are groomed to be domineering, and the women are expected to be good wives. The last time I read the Bible, being a good wife does not mean subjugation to a man. The Kenyan people and government criticize the maltreatment of domestic servants in the Middle East or Middle Easterners. Congruently, they must do three things:  first, quench their thirst for self-aggrandizement. Second, suppress a penchant for master status or a craving for their daughters to marry into status, influence, or wealth. Third, persuade Kalenji men to be husbands and not masters and enlighten Kalenji women that they no longer live in medieval times.