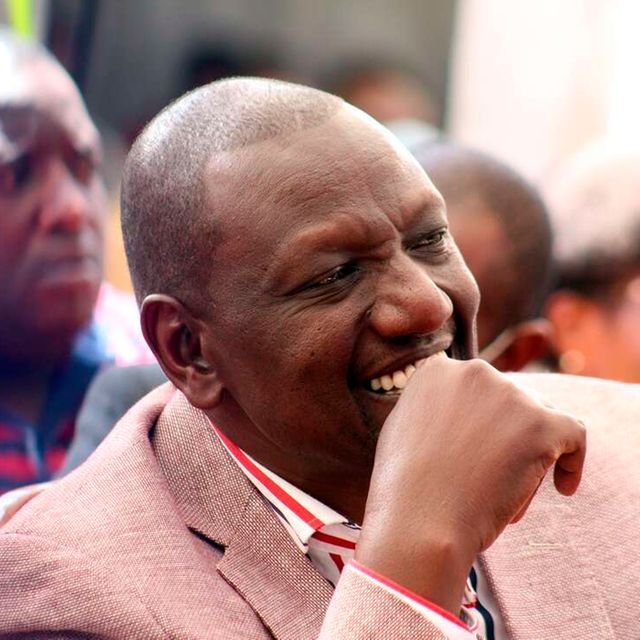 While he has previously avoided direct confrontation with Uhuru Kenyatta, always careful to state that his problems were with those around the Head of State, the DP has now come out of the shadows, defiantly taking on his bossand quick to respond to attacks he sees as directed at him.

“I will be on the ground now and many more times since I am the Deputy President of (the Republic of) Kenya, mandated by those who empowered me to be such by the power of their votes,” he said on Sunday, referring to the President and his allies who have asked him to stop early 2022 campaigns.

Facing threats of an impeachment, eviction from his official residence, and being kicked out of the ruling Jubilee Party, Dr Ruto has taken the war to Mr Kenyatta’s doorstep, seemingly daring his boss to a duel.

From late December, Dr Ruto has taken on the president directly on the Head of State’s assertion that the presidency should be rotated outside the Kikuyu-Kalenjin group; calls for the DP to quit government for what President Kenyatta said was criticising it from within; and on Sunday, dismissed President Kenyatta’s assertion that he should only get to the Mt Kenya region through the Head of State.

“For a long time, the DP has been a target of sent emissaries who have been attacking him left, right and centre. He remained measured because we wanted to know the owner of the attack dogs. Now that the President has come out clearly to say it is him who has been sending people to insult the DP, it is, therefore, the DP’s democratic right to answer and put these things straight,” said Mr Caleb Kositany, the Jubilee deputy secretary-general and the de-facto Ruto camp’s political spokesman.

Dr Ruto has been at loggerheads with the Head of State since the March 2018 Handshake between President Kenyatta and ODM leader Raila Odinga, which has morphed into Building Bridges Initiative (BBI), which last Tuesday secured a referendum after meeting the 24-county constitutional threshold to amend the Constitution by popular initiative.

According to Mr Kositany, cases of the DP responding directly to his boss are bound to increase in the future as the country gears towards the 2022 General Election, and especially given President Kenyatta’s resolve to be succeeded by someone other than the DP.

“Since he has shown that he will not back his deputy in 2022, the first thing for President Kenyatta to do is come up with a candidate he wants to back to face William Ruto,” said Mr Kositany, who is also the Soy MP.

The view is shared by Belgut MP Nelson Koech, another Ruto ally who says that time has now come to offer a response, saying continued silence had been misinterpreted as an admission of the lies.

“What you regard as increased boldness and firmness from the DP is because those provoking him have increased their attacks a thousand fold but even then the DP’s response is hardly a quarter of the attacks and choice of words directed at him even by the President himself,” Mr Koech told the Nationyesterday

Vocal Jubilee vice chairman David Murathe has constantly accused the DP of disrespecting his boss, especially in the Mt Kenya region where Dr Ruto has pitched tent, winning over a growing number of leaders to his side.

“The eviction party of the DP from the Hustler’s mansion in Karen is loading,” Mr Murathe said, in reference to the DP’s official residence. “That you can take to the bank. However, it happens, they are getting out.”

Mr Murathe has insisted that if it comes to it, the Jubilee team will back an Amani National Congress (ANC)-backed impeachment of the DP, saying they had the numbers.

“Ruto swore to serve the people of Kenya diligently by assisting the President prosecute government agenda. But Ruto has deviated, nay, subverted his oath of office to serve the President loyally. Ruto has the shameless knack to call the President, his boss, a tribalist,” Lugari MP Ayub Savula, the ANC deputy party leader, said when he announced his impeachment bid, which has since taken a back seat.

But as Dr Ruto aims for his boss, analysts are warning that he might have more to lose than gain in the spat.

“On this Uhuru-Ruto fight, the worse is yet to come. It was only a matter of time before Uhuru came out in the open to stamp his authority, and Ruto stopped using proxies and go for his boss directly. For a long time, Uhuru has been taking a lot lying down to a point people thought the DP had the upper hand over him. So, Uhuru had to act to show who is boss,” University of Nairobi don Herman Manyora told the Nation yesterday.

According to Mr Manyora, for the DP, it was all about the turn of events after the March 2018 Handshake.

“Ruto is a bitter man. He feels betrayed. He was so sure of his chances of being president in 2022 until the Handshake came. So yes, he is bitter. He cannot be a happy man,” Mr Manyora said.

Kicked out of influential parliamentary positions and replaced by the Handshake team, the Ruto-leaning TangaTanga group has maintained that the battle is on.

“We have told the BBI team to leave us alone. We are busy. Our captain is busy with the work of working for ways to empower hustlers. And these BBI guys are funny. They dish out Sh2 million car grant to members of the county assemblies then celebrate that BBI was passed. How? You were playing all alone in the field. Who are you competing with? We are busy on this side building Kenya,” Kiharu MP Ndindi Nyoro, another Ruto ally, said on Sunday.