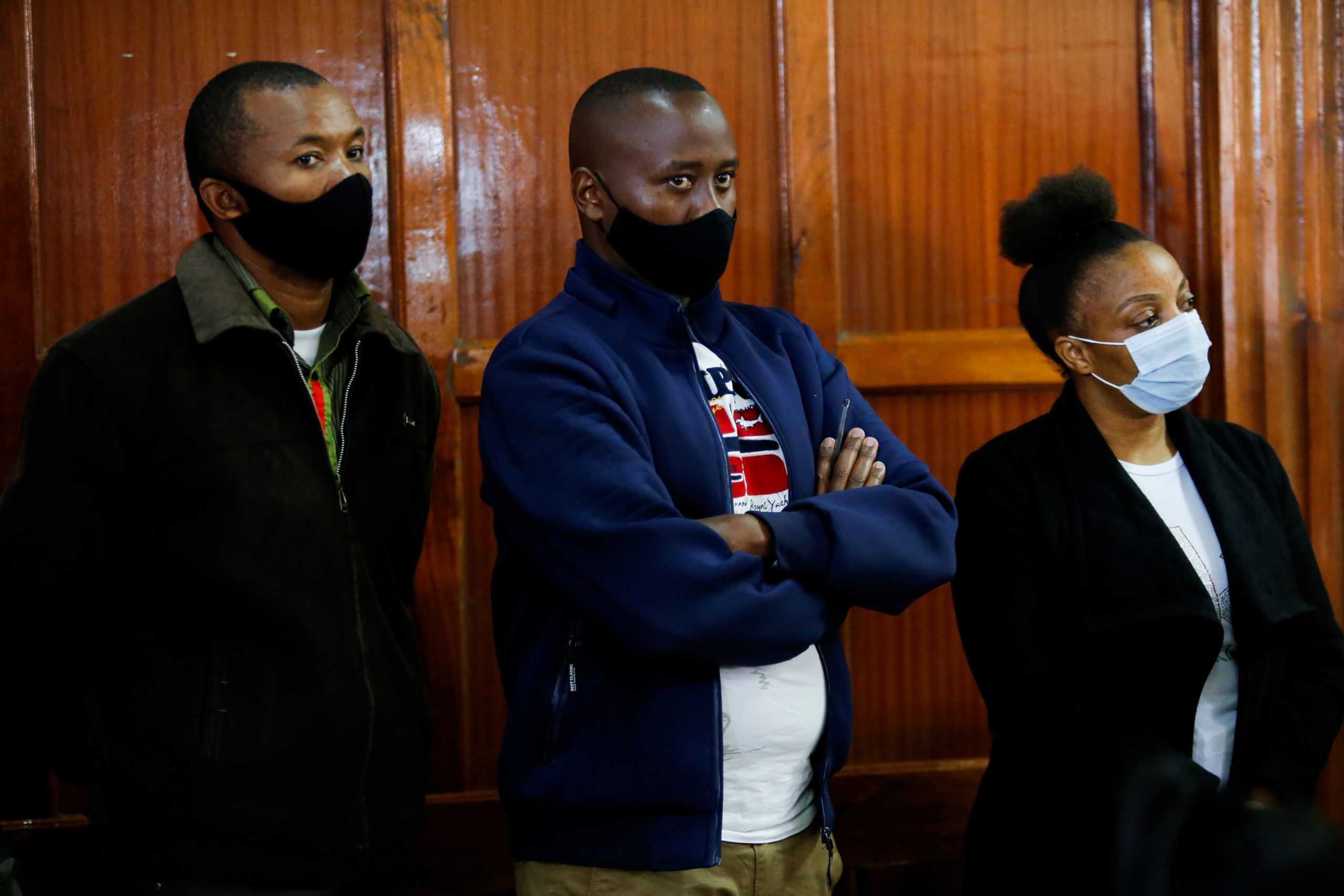 After six years of anticipation, the High Court has now rendered its decision regarding the gruesome 2016 murders of lawyer Willie Kimani, his client Josephat Mwenda, and driver Joseph Muiruri.

Leonard Mwangi Maina, a police officer who was one of the accused, was cleared of all charges.

According to Justice Lessit’s ruling, Sylvia Wanjohi, the third accused party, was present at the Syokimau Police Post from 9 am to after 7 pm when the three dead people were still alive in the cells.

“The burden shifted to the 3rd accused to explain how the deceased were held at the post while she was on duty without entry to the OB, how they were placed in the cells and later removed while she had custody of the keys to the cells. Instead of explaining these facts she decided to deny and mislead,” noted Lessit.

The court determined that the second accused (Stephen Morogo) and fifth accused (Peter Ngugi) were principal offenders for actively participating in the abduction of the deceased, covering up the location of their missing vehicle, holding them without their disclosure, and transporting them to their murder scene.

“The 5th accused in his statement said in his confession that when they drove the deceased to Soweto Open field, the co-conspirators argued for 3 hours whether to kill the deceased or not before they finally took their lives. The fact that they argued does not reduce their action to anything less than murder,” noted Justice Lessit.

Based on evidence from police radio tracking, the court determined that Fredrick ole Leliman was the source of the motivation to kill the three.

On June 23, 2016, after leaving the Mavoko Law Courts in Machakos County, attorney Willie Kimani, his client Mwenda, and the taxi driver were kidnapped. They were escorting Mwenda out of the Mavoko courtroom after he had made a lawsuit against a police officer.

Their dead bodies were placed in sacks and brought to a river in Ol Donyo Sabuk where they were abandoned, only to be discovered a week later on June 30 and July 1, 2016.

Lawyers across the nation launched a protest against extrajudicial killings in response to the three men’s murder, which caused a nationwide uproar.

Before You Get Here Make Sure You Know How To Drive