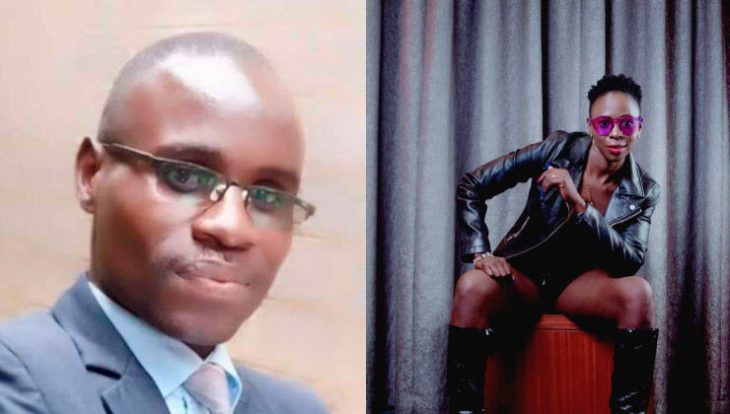 A woman accused of killing a Kenya Defence Forces (KDF) officer has broken her silence hours after being arrested.

The woman, Violet Asale who is said to be the officer’s estranged wife was taken into police custody following the death of 37-year-old Daniel Omollo Onyango.

The deceased died at their house in Kahawa Wendani.

According to a report by K24 Digital, Onyango was uneasy about a studio his Asale had reportedly rented in Roysambu, Nairobi.

The deceased doubted the existence of the studio, and also suspected someone else was footing the studio rent.

Onyango decided to travel from his base in Gilgil to Nairobi to ascertain if indeed the studio existed.

He arrived at their Kahawa Wendani home on Saturday, but a scuffle later ensued resulting to a serious fight.

The fight, according to K24 Digital, broke out some moments past midnight.

Speaking from police custody, Asale said her husband tried to suffocate her and she defended herself.

“Hajastabiwa hata kidogo. Hakuna hata alama ya kisu wala kugongwa (He wasn’t stabbed and he doesn’t even have a stab wound). My husband fainted. Katika ile harakati ya sisi kung’ang’ana mimi nilitoka nje ye akabaki ndani (During the scuffle I freed myself and left him in the bedroom)

She further said that after five minutes, Onyango called out saying he was having difficulty breathing.

“He started holding his stomach, I don’t know where he hit himself,” said Asale.

Reports indicate that Onyango had bite marks on his chest and injuries on his hand while the wife also sustained injuries on her shoulder.